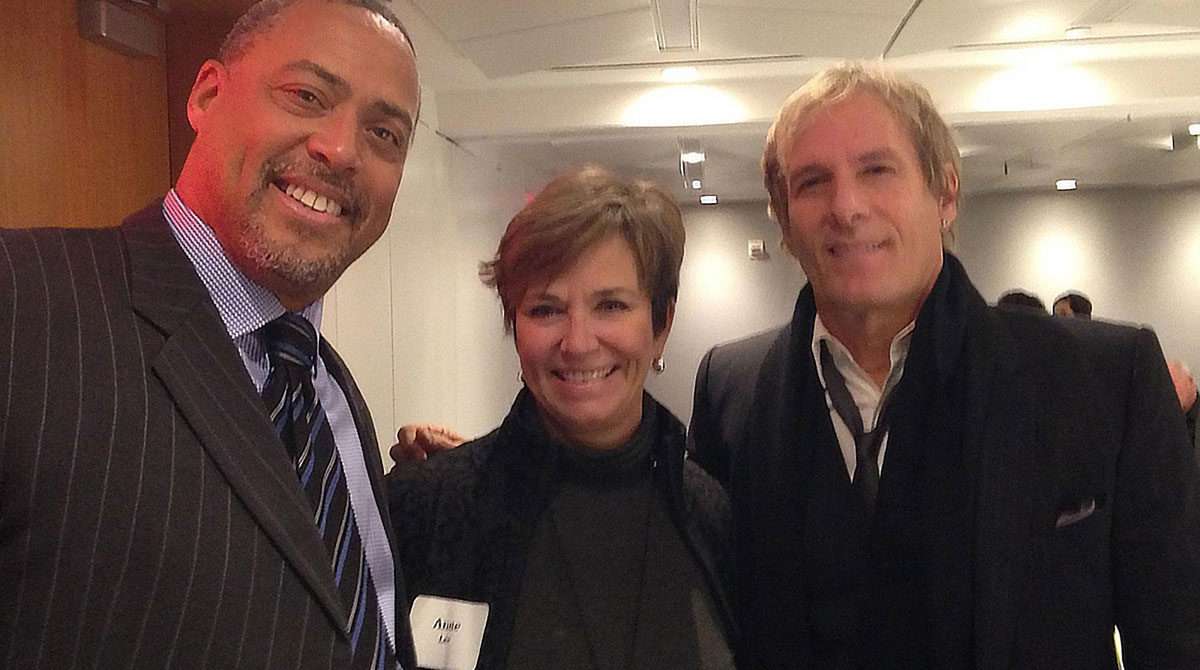 The founder and former president and CEO of a nonprofit called Darkness to Light or D2L for short, Anne Lee channeled her own child sexual abuse experience into an organization to help other victims. Her career in helping agencies grow their philanthropic support paved the way for her to found her own organization.

A Union, S.C. native and daughter of a professional singer who was selected Miss North Carolina 1948, Anne graduated from Clemson University, moved to Charleston in 1980 and said she soon discovered she was a “natural born salesperson.”

Her career took her from a position in sales and marketing with Citicorp, New York, to director of major and planned gifts for the Medical University of South Carolina. Her work allowed her to cultivate philanthropy.

“That’s when I realized I had the best job in the world. If you really believe in what you are doing it is the best,” she said. “We were giving people a chance to be something bigger than themselves. That is the key. I don’t think I could raise money for something I was not passionate about.”

In her job at that time, Anne said she was able to work with individuals who had done well in their careers and were ready to share their success with those less fortunate.

When she moved to her next position as executive director for the Roper Foundation, she was able to engage community leadership in what she called Community Plunges.

“We were able to get the decision makers up close and personal with some of our communities’ greatest and most challenging health needs,” she said.

She credited CEO Jim Rogers for being a “visionary” when it came to establishing community health programs.

Her early experiences with cultivating philanthropy in professional positions helped her move forward with developing her own nonprofit in 1999.

While at Roper and feeling blessed to have such a great job where she could do so much good for the community, she was approached by the Center for Women seeking funds to do a symposium for adult survivors of child abuse.

“That concluded with me looking at my own sexual abuse as a child and how I was living my life at age 38,” Anne said.

She was able to serve on the symposium committee for the Center for Women for three years and continued to explore how sex abuse had made an impact on her life.

That experience helped her launch Darkness to Light and for the next decade Anne worked tirelessly to promote the first “evidence-based child sexual abuse prevention training” program.

“The decentralized business model with more than 7,500 facilitators in 50 states and 16 countries gives the organization the depth and reach needed to do the number of trainings to teach adults how to prevent, recognize and react responsibly while creating the revenue that sustains the organization,” she said.

Anne recites the alarming statistics that “one in four girls and one in six boys will be sexually abused before they turn 18, according to the National Sexual Violence Resource Center.” The Center estimates that approximately 90 percent of offenders are relatives of the victim as was the case with Anne. Others are neighbors, family friends, teachers and coaches.

“I had enough experience in public health to realize that child sexual abuse is not an epidemic, it is endemic,” she said. “It has been going on forever and there is no laboratory to find a cure. But we can teach adults through education how to act responsibly and step by step, we should have a shot at changing things.”

Darkness to Light became a national nonprofit that provides a range of services and programs aimed to decrease the incidence of child sexual abuse across the country, including a national network of hotlines, informative literature, volunteer opportunities and educational programming. Its “train the trainer model” called Stewards for Children has provided education to more than 1.5 million adults who can now better protect 15 million children.

“It is one thing to increase knowledge but you need to be able to increase knowledge and change behavior,” Anne said. A part of that change occurred when it became mandatory for youth services organizations to eliminate opportunities for predatory acts by always requiring two people in a room or having a window to provide visual access, or even to hold meetings with children out in the open such as on a porch.

“It was refreshing to begin to see policy changes that eliminated the opportunities for adults to have alone time with kids,” she said.

Anne said an “aha moment” unfolded when it became obvious that some volunteers or employees would leave after receiving training and realizing there would no longer be easy access to children. The training points out red flags and warning signs.

“The last place you want to be is in a place where people know what it looks like. You turn on the light and the cockroaches scatter,” she said.

Recognized for her work

For her efforts to protect children from the devastation of sexual abuse, Anne was featured by People Magazine in a Heroes Among Us issue. After the article published, Anne received numerous messages from across the country by individuals who chose to seek out the training program and thanked her for her mission to help keep children safe from predators who hide in places where they can have contact with children.

Through her work with Darkness to Light, Anne became involved nationally as a member of the National Coalition to Prevent Child Sexual Abuse and Exploitation and was co-chair of the Policy Committee.

While she is no longer involved with the program she founded, she continues to give of her time to her community. After moving to Saluda, N.C., with her husband Tim Morris a couple of years ago, she became involved in numerous aspects of community service. Today she serves on the boards of directors for the Saluda Community Land Trust, the Saluda Community Singers and Saluda’s Sister City. Additionally, she is an advisory member for Saluda Living in Place and helps raise funds for the Saluda Historic Depot through involvement with the annual golf tournament committee.

She has continued a consultant and advisory firm she started in 2011 called Greater Good Advisors providing clients with strategic advice on long-term strategy, fundraising, vision work, operational issues, as well as feasibility studies for capital campaigns. Being principal, she is able to offer pro bono work when needed to help a cause or organization about which she is passionate.

“I think most people want their community to be the best that it can be,” Anne said. “You look at the needs and participate in being part of the answer.”