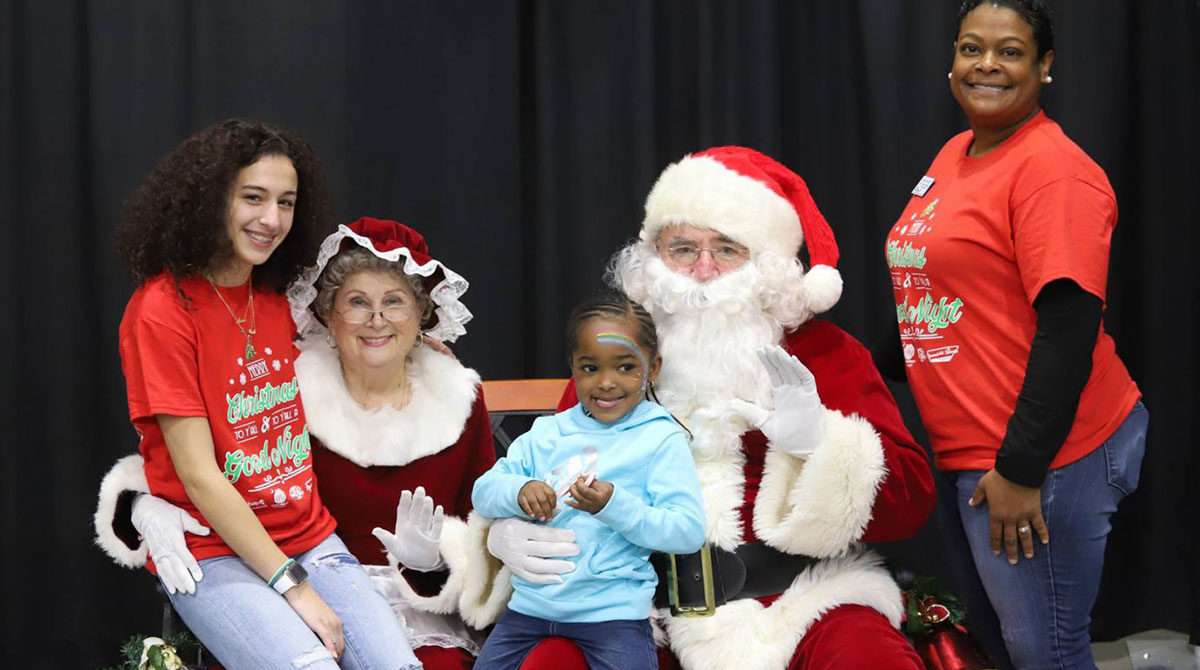 Bob Gray Follows In Family Footsteps To Give Back To Community

A rarity perhaps in a town that is home to an estimated 14 million tourists a year, John Robert “Bob” Gray is a Myrtle Beach native who has spent his entire life in the area offering a helping hand to make his community a place he can proudly call home.

Bob has been recognized as a 50-year member of the Masons and Omar Shriners, for his 40 years as a City of Myrtle Beach/Chamber of Commerce tree-lighting Santa and for his numerous other volunteer community activities. He said he was simply following his father and grandfathers’ example.

“I was following deep footprints,” he said, noting the philanthropic work of his father, his older brother Dan and his grandparents on both sides of the family.

GROWING UP IN MYRTLE BEACH

In 1946, there were no birthing facilities in Myrtle Beach proper, Bob said. So, his mother, Esther Nance Gray, traveled to the nearest hospital in Conway where he was born. He was brought back to their home on 4th Avenue North where he lived until his father built a new home for them on Hampton Circle.

His mother’s family was one of the founding families of Myrtle Beach. They took an active part in getting Myrtle Beach incorporated. His mother married Philip Gray, a man from Florida who came to the area to help dredge the Intracoastal Waterway in 1938. During the war, they lived in Norfolk, Va., returning to the beach in 1945 to raise their children.

Bob left the area only long enough to attend college to earn a degree in mathematics.

“I came back to Myrtle Beach and have been here ever since, although my wife and I actually live closer to Surfside Beach,” he said.

“My father was very entrepreneurial. He opened a one-man welding shop that grew into a steel fabrication business,” he said.

After his brother took over that business, Bob worked for him at Grayco Steel Corporation for years before going to work for and later purchasing an off shoot company his father started called Sunco Pool Co., Inc., a swimming pool and spa supply company. He ran that company until 2018 when he sold it and retired.

GETTING INVOLVED IN COMMUNITY

Bob learned early in life to give back to the community. His grandparents were very active members of their respective communities. Bob’s father joined the Omar Shrine Temple, a fraternal organization now headquartered in Mt. Pleasant, S.C. He had moved through the ranks to at one time serve as potentate (president) of the Shriner’s coastal area of South Carolina. The Omar Shrine is the oldest Shrine organization in South Carolina and has the largest geographic area with 21 counties in the lowcountry.

When Bob turned 21 years old in May of 1967, he said he immediately “started the climb to be a Mason,” the initial requirement to become a Shriner.

“There were three levels to work through and in the summer of 1967, I became a Master Mason, and later chose the Scottish rite,” he said.

In the fall of 1967, he petitioned to become a Shriner.

“I went from a novice to become a Shriner but I had so many sticks in the fire with going to school and I was married with two kids so I didn’t do anything with it,” he said.

Once his children were older, he began to get active in the Shriners and taking over some of the responsibilities. In 1995, he served as president of the Myrtle Beach Shrine Club and he was director of the Omar Chefs Shrine Unit, a catering unit of the club used for fundraising.

He eventually served as president of the South Atlantic Shrine Association over 19 Shrine centers.

“It’s an honor to be involved in an organization like Shriners,” Bob said. “We have one philanthropic mission and that is Shriners Hospitals. It doesn’t cost anything to go to a Shriners Hospital for Children. We go out and raise money so families do not have to pay for the help they need,” he said.

Bob said what he gets out of being a Shriner is “the ability to meet the fine people throughout the state and throughout the country who are involved in the organization.” It is a great opportunity to network and socialize, he said.

Bob said for the work that the Shriners do, no one is paid. It is a mission of the heart.

“If you would go visit one of our hospitals, just go take a tour, you would see they are the finest hospitals with the best services in the world,” he said.

While Shriners remains a fraternal organization, he said both organizations rely on the support of the members’ wives.

“Without the support they give us, we would not exist,” Bob said. The wives are involved in an organization called Eastern Star.

Bob has the distinction of being a 50-year member of both the Scottish Rite Masons and the Omar Shriners. With a bit of humor, he humbly said, “it only means I lived a long time!”

Bob has also dedicated a lot of time to the Myrtle Beach Area Chamber of Commerce. For the last 40 years, he has played Santa during the city and Chamber’s joint tree lighting service. It all began when he walked into his sister’s office in 1979.

“I walked into her office at the chamber and she was lamenting that the guy who was to play Santa for the tree lighting was not available. I said I would do it and I became Santa,” he said.

The event that initially took about 15 minutes has grown to become a larger event with Christmas Towne and photos with Santa, he said. He served on the Chamber’s Shag Dance Championship Committee and graduated from the Chamber’s Leadership Grand Strand program.

Bob said he spent many years as a Rotarian but eventually gave that up due to his other obligations. While in the club, he was named a Myrtle Beach Rotary Club Paul Harris Fellow. He is also a past president of the Myrtle Beach Jaycees.

Bob has always been involved in church activities. He served three terms on the Myrtle Beach First Baptist Church Deacon Board, served on the church Building Committee and for 12 years, as director of the Adult Sunday School Department. Throughout his life, he has sung in church choirs with his bass voice now adding to the musical program at Garden City Baptist Church.

“I come from a blessed family. We all came up with good singing voices from mother, a talented musician. At 12 years old, I was put into the adult choir,” he said. He was also named to the South Carolina All-State Chorus for four years during his youth.

Whether his involvements were for philanthropic or social reasons, Bob Gray has been a proponent of community activism. Following his family’s guidance, he has given back to the community offering his constant support to his hometown.