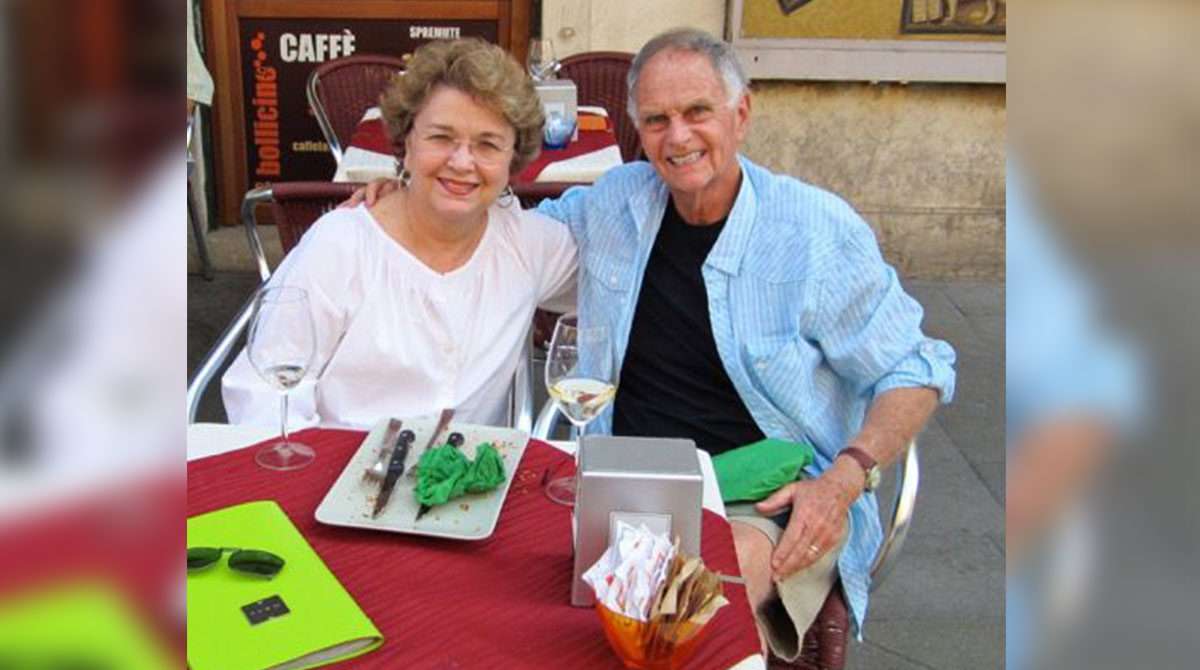 There are many ways that one individual can contribute to the enrichment of the community. In Brown Bradley’s case, it has been through his tremendous musical abilities and his passion for drawing in world-class talent to enhance the musical culture of the greater Myrtle Beach area.

For 34 years, Brown devoted his career to his job at First Presbyterian Church (FPC) in Myrtle Beach where he served as founder and artistic director of the FPC Concerts’ Promenades. The promenade concerts that have brought some of Broadway’s greatest musical genius to the Grand Strand, are performances derived originally in the 18th and 19th century where audiences strolled about the gardens listening to music. Brown wanted to share those relaxing and restorative elements of music with those around him just as has been done for ages.

When Brown, with wife Mary, and their two children, settled in Myrtle Beach in 1985, he exchanged Broadway roles to direct the fine arts program of a local private academy. Since that time, he has worked diligently to ensure music lovers have opportunities to appreciate the best in music, arts and theater.

Recently retired, Brown has been honored with the renaming of that series to the FPC Concerts’ Brown Bradley’s Promenades and was recognized by the City of Myrtle Beach and its mayor for his contributions.

GROWING UP IN SOUTH CAROLINA

An Orangeburg, South Carolina, native, Brown developed a magnificent tenor voice that helped him acquire leading roles as a singer/actor throughout high school.

Brown then attended Furman University where he was well into his pre-med studies on his way to a medical profession before making a shift that led him to a successful Broadway career.

“I had done all the leads in the operettas and shows at Furman,” he said. “My mother had the good insight to tell me I should get it [performing] out of my system so at age 22, I went to New York.”

Brown’s talent landed him on Broadway where he remained until age 34. He was selected first for a role in “The Most Happy Fella,” a play that had a long run on Broadway as well as a successful tour.

That role was followed by another successful audition that resulted in a part in the musical comedy “Half a Sixpence.” That role brought him face to face with his future bride.

“I kept telling the guys in the dressing room that I had been staring at this girl who looked like Sandra Dee,” Brown said.

That girl turned out to be Mary, a lead dancer in the show. Three months later the couple married and have now celebrated 52 years together.

Not even the U.S. draft could temper Brown’s passion for music. Serving in the Air Force, Brown found his niche as tenor soloist in the USAF Symphony and Singing Sergeants, the official USAF chorus. Stationed in Washington, D.C., he performed routinely for President and Mrs. John F. Kennedy. He also performed as a leading tenor with the Washington Opera.

“It was a wonderful four years,” Brown said of his service. “It was at the beginning of the Vietnam War and our 80 piece Air Force band served as Goodwill Ambassadors. We sang all over Japan and the Philippines and all over the world.”

After fulfilling his military duty, Brown returned to New York. He was one of eight national finalists in the Metropolitan Opera Auditions. This helped him receive grants from the Met, as well as the National Opera Institute and the William Sullivan Foundation. He was able to study voice with Oren Brown at The Juilliard School. That was followed by nine Broadway shows. He also served as musical director and organist at the First Congregational Church in Brooklyn.

He used his GI Bill to attend New York University and received a master’s degree from the Manhattan School of Music. For eight years, he was chairman of the voice department, teaching at The New School in New York City. When crime got so bad he feared for his young family, which now included two children, he decided it was time to move back south.

“I had always wanted to live in Myrtle Beach. With two children, I couldn’t tour anymore so I came down one summer and was selected as fine arts director by the academy that is now closed,” he said.

RETURNING TO HIS HOME STATE

After moving back to South Carolina to take a job with the private school, he was accepted for the position of organist and choirmaster at First Presbyterian Church. That position cemented his commitment to the community for the next 34 years.

Quick to become involved in his new surroundings, Brown joined and became tenor soloist with the Charleston Symphony Chamber Orchestra, the Long Bay Symphony, the Florence Symphony and Master Chorale, St. Michael’s Chorale in Charleston and the Bach Chorale of Wilmington, N.C. He even returned to New York at one point to perform with members of The Phantom of the Opera Broadway Company’s off-Broadway Revue.

He shared his love of the fine arts throughout the region through all his undertakings. To further encourage young people, 20 years ago, Brown organized the Horry County Boys Choir using a Chapin Foundation grant.

“I wanted to give the boys who had talent an opportunity to sing and work on their voices by giving them some techniques,” Brown said.

At the church, he formed the WADY (We Ain’t Dead Yet) Group with 125 seniors. The group took trips all around to different theaters. For 15 years, he headed this movement to expose seniors to classical music and Broadway shows.

While he would have liked to do more volunteer work in the community, Brown was consumed by his job organizing the annual concert series. That series brought to town great artists like Joshua Bell, Olga Kern, the Gilbert and Sullivan Players of New York, The NY Lincoln Center Chamber Ensemble and six Van Cliburn Gold Medalists as well as 30 First Place winners of the New York Young Concert Artists.

“We have always said, and it has been our slogan, that good music is the international language that unites all people. God knows that in this day and age, we need to bring people together. We are so divided,” he said.

While his May 30, 2019, retirement will provide him with some much needed rest, Brown does plan to continue work on a couple of children’s musicals he has had in the works for several years. After a respite, where he says he will “do absolutely nothing but what I want to do,” he will consider his options for continuing to share his love of music and the arts with the public.