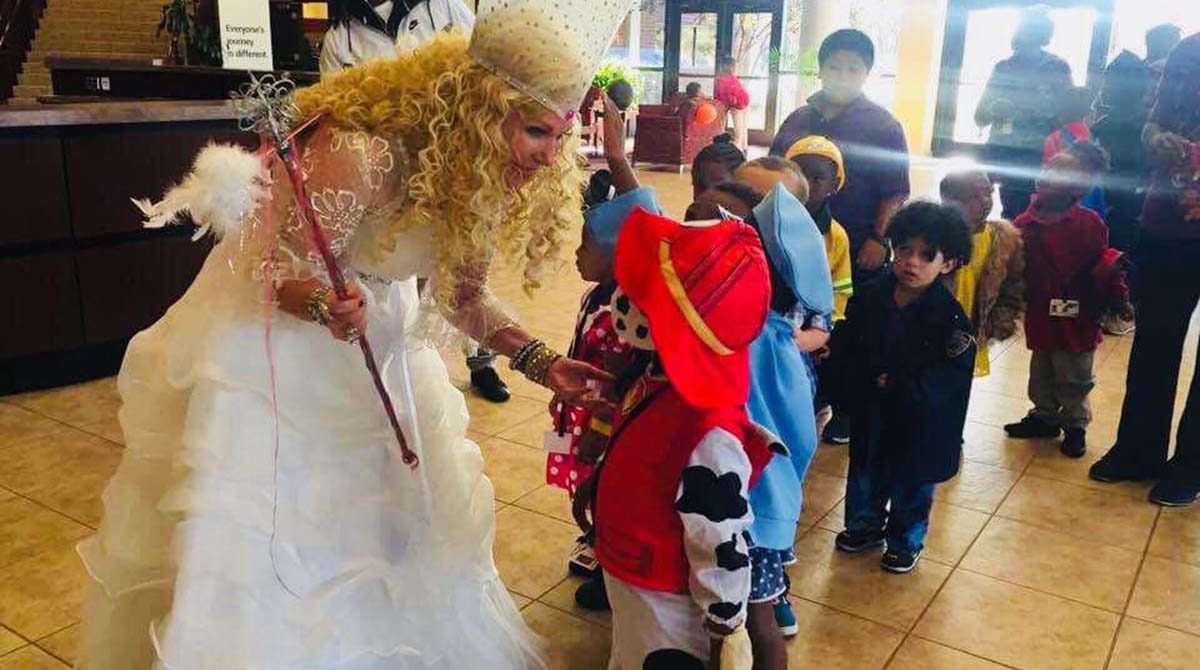 Cindra Marshall Shares Her Talents With Charities Along With Kindness

Cindra Marshall grew up in Grand Rapids, Michigan, surrounded by her Dutch culture where Bible study and a Christian environment molded her into an individual that sees kindness to others as one of life’s most important values.

“There is nothing more important in my life than showing kindness,” Cindra said. “If I have a chance to show kindness, it might lead to other people being kind.”

A resident of Conway, S.C., Cindra shows her kindness and her desire to serve her community through numerous philanthropic activities she is involved in each year.

As a child surrounded by Dutch speaking, blond and blue-eyed individuals like herself, Cindra was engulfed in Christianity.

“Everyone was very dedicated to learning scripture,” she said. A musically talented teen, she played guitar at church services during what she calls the “hippie Christ movement” years. Her family was a mix of teachers and ministers who were very pro-education so when she attended college majoring in fine arts, it was expected of her to become a teacher. Her choices, however, initially devastated her parents.

“We had been raised that dancing and Hollywood was wrong but I was always a quirky, silly person,” she said.

So, although it did not seem to fit who she was, she accepted an opportunity at the end of her sophomore year in college to go on the road with a band. Her view, she said, was that Christians belong in any environment so she took the values instilled in her as a child and spent the next 10 years traveling to every state and around the world as an entertainer.

ENTERTAINING AND GIVING BACK

Along the way as a budding entertainer, Cindra was hired to sing, dance and play musical instruments for a road band for Tommy Sands. The man in charge of the road band, Hank Marshall, eventually became her life’s partner.

“We couldn’t date while in the band but when Hank left that job, he asked me to go with him and we became partners booking musicians like Fred Parris and The Satins whose big hit was ‘In the Still of the Night,’” she said.

Because she loved entertaining and wanted to support the military since Hank’s and her father were both military, the couple spent the last three years on the road with their own show performing for American military men and women through the USO.

“It was the most amazing experience and we were so beloved because we were from the U.S.,” she said, about their performances overseas. “We would stay after each show to talk and interact and we really loved it.”

DEVELOPING A HOME BASE

After so many years on the road, Cindra and Hank decided it was time to start a family and chose the Myrtle Beach area as a home base.

“We moved in a motor home. Hank thought the area was up and coming and that we could do some things there and he was right,” she said.

Since making that choice, Cindra has had two TV shows she produced and hosted, one called Tickle-Time with Tickle the Clown.

“I was totally incognito. It was educational and I went on location to the schools then the kids could watch themselves on TV on weekend mornings when the show aired,” she said.

As her family grew, Cindra became more and more involved in community activism. Through her willingness to share her own life’s heartbreaking story of loss, she founded a support group for women who had lost a child through miscarriage, stillbirth or SIDS. She has shared her musical talents through the years playing the oboe and English horn at church and with the Long Bay Symphony and Florence Symphony. She was selected to serve as Mrs. South Carolina at age 42 and while raising her three small children flew all over the country providing motivational speeches.

Combining their talents, Cindra and Hank produced their own shows, The Dean Martin Tribute Show and The Marvelous Wonderettes with Cindra as a performer and Hank building his sound and light production company. The shows ran for eight years in the Myrtle Beach area.

For years, Cindra has assisted the North Myrtle Beach Humane Society with their Divas for Dogs fashion show and calendar to help raise money for a cause she believes in.

For more than a decade, she volunteered with the local American Red Cross and served as a board member and as a committee member of the Heroes Committee. She has been a volunteer in charge of public relations and marketing to raise funds for the annual Community Christmas Day Dinner that feeds thousands of individuals each year in Horry and Georgetown counties also spending her own holiday supporting the event.

“People ask me if it isn’t hard to spend my Christmas volunteering, but I say there is no better way to spend your Christmas and my whole family gets involved. It is a true blessing and I was raised to believe that you will always be blessed when you give to others,” she said.

For the last three years, Cindra has overseen a segment of that Christmas event where children receive new shoes through Samaritan’s Feet.

“It is a wonderful program where we measure, wash their feet and pray over children up to high school age,” she said. “We get these wonderful pairs of shoes as well as socks donated by Bombas. For some children, it is their only Christmas gifts.”

Perhaps one of the volunteer activities she is most proud of is the Myrtle Beach Princess Gala, a program she created and produces to raise money for charitable causes like Fostering Hope, an organization that provides assistance to families fostering children in need. Now in its 11th year, she has organized the gala and plays the role of Fairy Godmother.

“I feel I’ve always had a child’s heart,” Cindra said. “I feel the Princess Gala lets me put everything together that I enjoy doing and that I’ve had a background in doing. I put my entertainment together with my love of children. My volunteerism helps raise money for Fostering Hope, which is all about children in need of extra love because they have been put in adult situations. The gala gives them and their foster parents one morning of fun and relaxation in this pretend world.”

Other annual activities Cindra supports are the Treats for Special Kids program in Florence and Myrtle Beach. She also enjoys dressing up as a character in support of the Joy Prom, a program for special needs children held at Beach Church.

In 2016, Cindra was recognized as one of nine Most Influential Women in the area by The Sun News. “When you volunteer, you don’t do it for recognition but it is an honor to be recognized,” she said, adding that she hopes it would inspire others to volunteer.

“You really get more back than you ever give,” she said of her philanthropic work. “It is a busy world but if you stop and show kindness to others, it makes your life more enriched.”