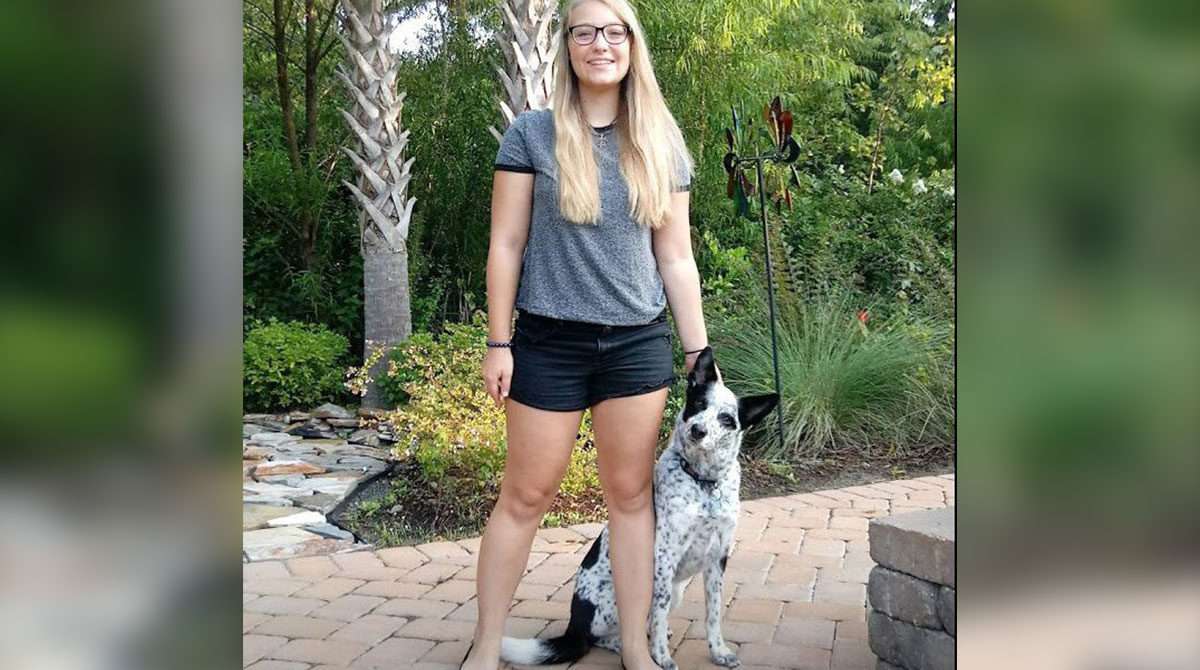 Dorian Veliky, a 16-year-old junior at Socastee High School in Myrtle Beach, South Carolina, is a dedicated volunteer at the Grand Strand Humane Society, advocating for local animals in need of homes.

A diligent student, Dorian is also an active participant in Socastee High’s International Baccalaureate Program. Additionally, she is an avid performer — a member of “Socastee Singers,” the school’s most competitive show choir group. She is a part of the cast each year for her high school’s annual musicals.

A native of Boonton, New Jersey, Dorian moved with her parents before the start of her freshman year in high school for “the taxes and the weather,” as many northerners do, she said. Her time spent in New Jersey is the cause for much of her interest in helping to find homes for animals in need of adoption.

Growing up in Boonton, Dorian was drawn to the idea of volunteering at her community’s local animal shelter, Eleventh Hour Rescue. She had always lived with dogs in the home, and felt a strong connection with animals of all kinds.

“When I was young, I had two dogs and one passed away, and a few years later the other passed, and then we only went two days and got a new dog,” Dorian said. “We are just dog people. I’ve always been an animal person.”

Unfortunately, the requirements in her hometown animal shelter required that all volunteers be 18 or older, so she was never able to volunteer there. Passionate to help her cause in any way, Dorian found other methods of supporting the work of Eleventh Hour Rescue.

“When I was little, I used to do a bunch of fundraisers through lemonade stands to raise money for animals at the shelter. That was my way of helping,” she said.

Once she moved to Myrtle Beach, Dorian learned that people could begin volunteering at the Grand Strand Humane Society at the age of 14 with a parent. She said that ever since, she has been involved there.

Dorian goes to the Humane Society as often as she can, typically every week or every other week. She is considered a first-level volunteer. As a first-level volunteer, she is able to take the cats out of their cages to help them socialize in the shelter’s playroom if someone is interested in looking at them, or to simply give them love and attention. She also helps by walking the dogs and getting them out in the fresh air. She explained how easy it is for volunteers to become connected to and love these animals.

“The first dog I ever walked was named BigBoy. Typically, at shelters, the most common breed you’ll see is pitbulls because they’re looked at as aggressive. This dog was the complete opposite. He was a 10-year-old, 200 pound, white pit bull, and was the absolute sweetest dog. When he went on walks, he would snort when he was smelling the ground. He was there for a very long time, but he was adopted a year or two ago. Now he is in a home. However, he was kind of a sad case because everyone was thinking, ‘No one’s going to adopt him because he’s old and huge and a pitbull and he snorts.’ It just seemed that nobody really wanted him. But, he got adopted, and it was awesome. We had a big celebration at the shelter,” Dorian said.

Her personal attachment to the animals is part of what keeps Dorian motivated to continue at the Humane Society, but she said she is also inspired by the influence of other volunteers there.

“There was a volunteer named Bob at the shelter who recently passed away,” Dorian said. “He was one of those guys who was there every single day of the week, on weekends, just all the time. He took care of every single cat and made sure they all got held and petted and loved. Bob was so dedicated to the shelter, we actually have a picture of him hanging up. He was just an incredible person.”

Dorian described the dedication of the Humane Society as an organization committed to finding every animal a loving home. The Humane Society is typically crowded, with its capacity of 167 often met. It houses around 300 animals throughout each year. Dorian’s greatest joy is seeing an animal go to its forever home.

“Every time I see an animal get adopted, it makes me want to get all of them to new homes. Unfortunately, they’re always coming in, so you never really get to that point where you can say, ‘oh, everyone’s gone!’ But, you always want to get each animal out,” she said.

She explained her personal belief that each animal has its own destined home, and the way in which she often tries to see those unions happen at the shelter.

“I feel like every person has an animal they can be matched with, and if we can be those people to get them that animal, then that’s an amazing thing,” she said.

Dorian also said that she makes personal connections with many of the animals at the Humane Society, and that is another part of what plays a role in motivating her to find them their forever homes.

“Animals are almost like people,” she said. “Every time I’m there, it’s like I get to learn about and meet new friends, and then I hopefully get to see them go to their homes. It’s genuinely the best feeling, to know and help an animal like that.”

To those searching to find a new furry friend, Dorian says to look to your local shelters: “Come to the shelter if you’re thinking of getting a new pet. Adoption is usually better than getting it from a breeder. There are so many dogs that need homes, and we just don’t need to be creating more when you could adopt one that’s meant for you.”

Dorian told of the usefulness of volunteerism, and explained the particular importance of getting involved while young.

“Personally, I’ve always loved volunteering and serving my community,” she said. “And for other high schoolers, I’d say helping at the shelter has always been an enjoyable experience. It’s great if you need to do community service for your school, and maybe you will find that it’s just a good refresher. It’s beneficial for volunteer hours, but ultimately, most people simply enjoy helping out.”

Dorian emphasized the easy accessibility of serving at the shelter, and the opportunities that are open for everyone.

“If you’re having a stressful day, you can go play with a cat or walk a dog,” she said. “The hardest thing you have to do is pick up dog poop every once in a while. As a first-level volunteer, you don’t have to clean out the cages, you don’t have to be responsible for food and water, you just take them out and give them love, which is often what they need most. If scheduling is an issue, you can just go and hang with the cats for an hour and go home. You don’t have to be there all day.”

Her time spent at the Grand Strand Humane Society has made her a more grateful person, Dorian said, and she feels she has greatly benefited from her time spent there.

“Serving at the Humane Society has genuinely made me a better person,” Dorian said. “When I have had bad days but still taken the time to go volunteer, I’ve found myself thinking, ‘well, at least I have a roof over my head and I’m not sitting in a cage.’ I have really been able to see the other side of animal’s lives, and it has been such a blessing for me. Absolutely come out and volunteer! The rewards of getting to send an animal to its new home — there is nothing like it.”