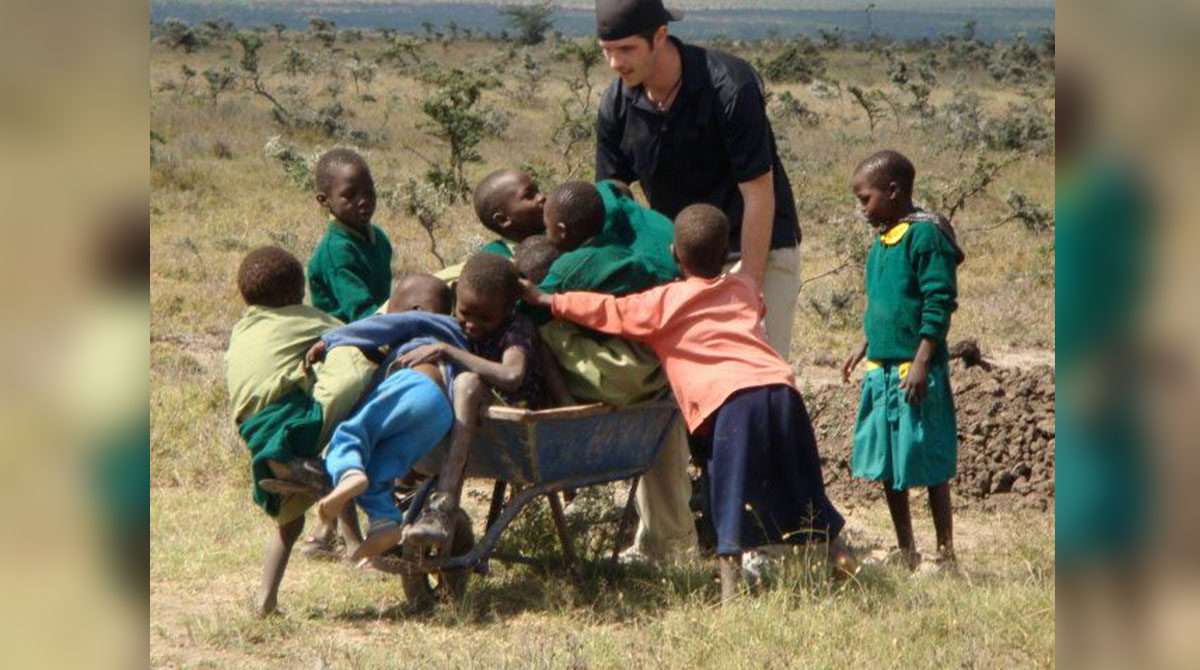 Justin Dick, DC, acts as a light in the lives of his patients through his specialized chiropractic treatment of scoliosis. As a CLEAR (Chiropractic, Leadership, Educational, Advancement and Research) certified doctor, he said he has had the opportunity to take part in “medical miracles” with his role in the nonprofit CLEAR Scoliosis Institute.

Currently practicing chiropractic at Clear Life Scoliosis Reduction and Chiropractic in Charlotte, North Carolina, Justin works daily for both scoliosis reduction in patients through CLEAR nonsurgical treatments to improve spinal curvature, and as a standard care chiropractor. The CLEAR treatment is provided twice daily over a period of one to two weeks with a daily home rehabilitation program provided.

Justin has two young children, Mira, 3, and Elijah, 8 months, with his wife Kelly. A graduate of Ferris State University in Michigan, he studied Nuclear Medicine and Health Care Administration. He said he was influenced to leave his original goal of going into the typical medical field and instead follow chiropractic based on his own personal experiences.

“At 20 years old, I was involved in a major motor vehicle accident and I’m now missing about a year of my life from my memory,” he said. “Because of my brain injury, my short term memory forced me to re-educate myself on how to function. I learned to put my keys in my shoes so I knew where they were in the morning. It was interesting because before that I never had to study; I could look at something once and be done with it. I never had an issue. Afterwards, everything changed. It took me about four years to recover, though I was ultimately able to defy what the doctors had originally thought for me, which was that I would never recover.”

Justin said that watching his wife struggle with her health also introduced him to the world of chiropractic.

“When I first saw chiropractic coming from allopathic medicine, or the medical model, I really thought chiropractors were quacks,” he said. “I thought they made claims with no results, until I saw chiropractic transform Kelly’s life. She had random fevers and migraines, allergies to every food you can think of, she was in ovarian failure and was told she was never going to have children. They had given her six months until she was going to be permanently hospitalized because of autoimmune issues. The doctors didn’t know what was wrong with her and they couldn’t help her, until she met this chiropractor that flipped her world upside down.”

Justin continued to explain how his wife’s struggles opened his eyes both to the world of chiropractic, as well as to the CLEAR Scoliosis Institute.

“I took Kelly to a CLEAR doctor in Florida, and honestly it all just made sense. They saw her X-rays and told us exactly what was going on in her body right then. It was so much different from our experiences with the other doctors who had essentially given up on her. And through that experience, I applied to chiropractic school. I got involved with the CLEAR Institute because CLEAR is the only organization that is accredited and has all of their doctors go through a university. Ninety-five percent of patients receive their goal of scoliosis reduction and symptom relief, and CLEAR doctors are the only ones that have consistent results time after time,” he said.

Justin said that Dr. Dennis Woggon founded the CLEAR Scoliosis Institute nonprofit 20 years ago because of a push from people living with scoliosis for alternative methods of treating it, rather than bracing or surgery.

“Dr. Woggon will tell you that God told him to found CLEAR,” he said. “What I’ve gathered from him and from CLEAR is a way to give an alternative to people that have been told to ‘wait and see’ if they’re going to get spinal fusion surgery, who have been given no other option other than having the surgery. We’re creating a way where there was no way to give patients an alternative model.”

Witnessing the impact of the CLEAR methods on the lives of so many patients suffering from scoliosis has been an amazing opportunity, Justin said.

“I’ve gotten to see some crazy ‘clinical miracles’ during my time with CLEAR,” he said. “People take the Bible as done being written, but it’s not. That power is available to us today. And through Dr. Woggon’s teachings and his methods, I’ve seen people that couldn’t walk walk again, the blind see, the deaf hear. Things that seem like Biblical Times things, but are available to us. Everyone reacts differently. Some people leave happy with a reduced curve, and some people are like my wife, where her life was wrecked before she was treated, and she was completely transformed afterwards.”

Justin says that his Christian faith plays a role in every aspect of his life.

“When you look at my life, I shouldn’t be here,” he said. “And God gave us my daughter Mira’s name and the calling on her life. My wife was never supposed to have children, so Mira is truly a miracle of God’s love. Christianity has changed me radically. I was able to do whatever I wanted in my 20s going into the medical field. But it didn’t fulfill me. You can have everything in the world, but what is it without a saved soul? You’re stuck with an empty heart. And so, when you find Jesus, it’s truly the missing piece in your life. He permeates into everything that I do every day.”

Justin has been able to go on a number of mission trips and he explained the impact being able to serve internationally has played on his life.

“I went on my first mission trip to Kenya in 2009, and I never really came back,” he said. “But when I returned, I got rid of everything I had pretty much. I started doing a lot of mission travel. I’ve been to Haiti multiple times doing both medical missions and construction work. I helped build the Gretta Home with Samaritan’s Purse. I was there three days after the earthquake in 2010 and worked in a hospital doing almost anything you could think of. Some of the neatest things in the mission field are when you don’t have anything but God to rely on. I live in a first world nation, where, if I don’t have something to drink I go down to the store and get something. What happens if you live in a third world nation and you need to get across the country, but you don’t have a car, or if I need a tool but I don’t speak the language? I had to rely on God to supply every need; not just tools, not just a car, but often where my next meal was coming from.”

Justin said he feels called to take his chiropractic skills into the world to help people internationally.

“My goal with CLEAR is to give back,” he said. “This started from a vision 20 years ago and there’s so much more that can be done. I’m meant to go out and help others, to be in the mission field. And the great thing about chiropractic is that I can take these hands and go anywhere. I’m not a medical doctor where I need medicines and a pharmacy. I can take and wash these hands and transform lives anywhere I go.”

To people struggling with scoliosis and families that feel defeated, Justin said to keep fighting for what seems impossible.

“With scoliosis, there is hope,” he said. “You don’t have to settle for ‘watch and wait’ or ‘bracing.’ I really do see miracles happen all the time, and the more I’m told, ‘Well, you can’t do that,’ the more I’m going to fight for it. Two hundred years ago, the things we now do daily hadn’t even been thought of yet. Look at the possibilities and know that you are your own limitations. And remember, in anything, find the hope.”

For more information on the CLEAR Scoliosis Institute, visit CLEAR-Institute.org/