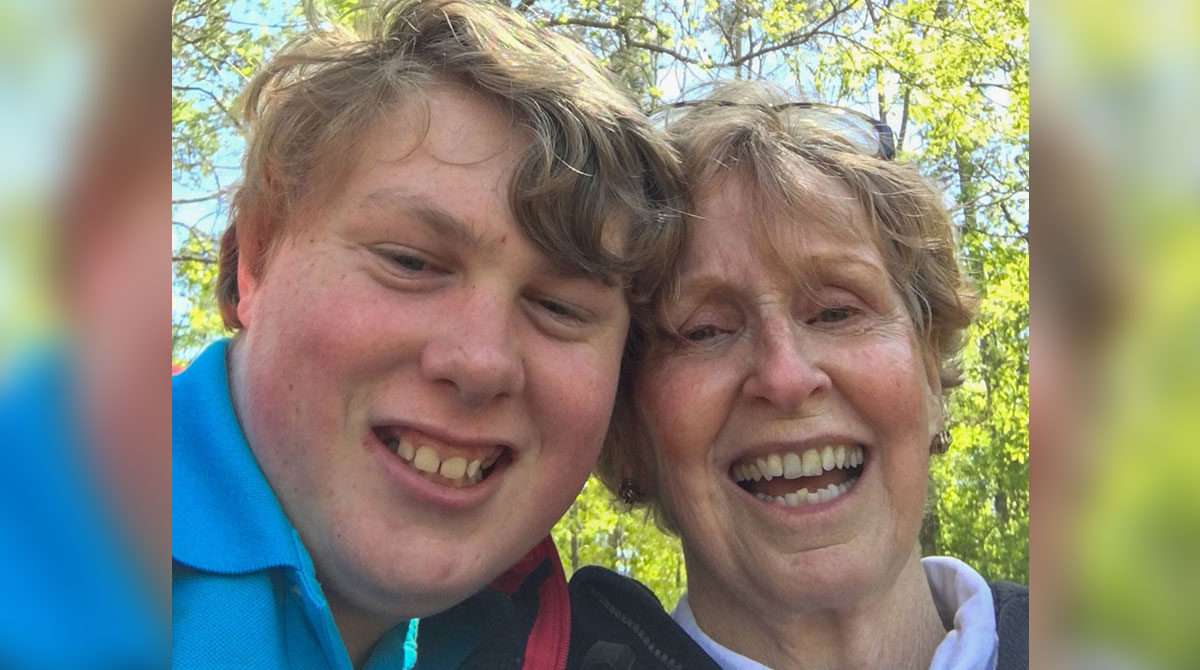 Faith Keeps Nash McElveen Inspired To Give Back To His Community

Born and raised in Lake Charles, Louisiana, Nash McElveen stays active in philanthropy through his church, First United Methodist. He spends much of his volunteer time helping the homeless population in his community.

A junior in high school, Nash attends Hamilton Christian School in Lake Charles and feels motivated to excel in school for his future success. He explained the personal importance of striving to prosper through education.

Nash’s determined nature leads him to not only flourish in his schoolwork, but also as a member of the Lake Charles community. He began his volunteerism at 12 years old, and often finds opportunities to serve through his church.

Nash volunteers once a month at Abraham’s Tent, a homeless facility in his hometown that serves approximately 250 hot lunches from Monday to Saturday at the center and through delivery to the sick and elderly. Dozens of volunteers like Nash offer a helping hand to assist Abraham’s Tent in fulfilling its mission to help those in need. Many members of his church help there along with other individuals who want to participate.

“Two people at our church cook the food, and then we pack it in to-go boxes to bring to Abraham’s Tent,” Nash said. “Other churches and people in our community also volunteer. When we arrive, the people being helped are always really grateful.”

Nash said the homeless population in Lake Charles live in the woods and often remain outside during harsh weather conditions.

“We really want to make sure that they stay healthy,” he said.

Additionally, Nash found the opportunity through First United Methodist to assist in restoring his community after the wreckage from Hurricane Harvey in August 2017. He spent much of his time during the cleanup aiding in restructuring a house, and said he found it to be a very rewarding experience.

He explained how greatly he values the opportunities he has been given and his time spent at, and assisting through, First United Methodist. He said he has been actively involved in the Christian faith as long as he can remember. He credits his pastor, Weldon Bares, who has inspired and led him in his faith.

“My faith is what keeps me wanting to help others; it keeps me going all the time,” he said.

Though Nash is often given the chance to give back through his church, he also spends personal time volunteering for the improvement of his community.

“I pick up trash on the side of the road,” Nash said. “I do it whenever I see it, usually about once a week. I do it independently, just because I want to keep things green.”

He said he believes it is his duty to aid his community, and often feels his conscience pushing him to continue helping others. Nash said he is led to serve simply because he strives to be a nice person, and he believes that kindness could be all the difference in making the world a better place.

Nash believes getting involved in volunteer activities when young can have long-lasting benefits.

“You should volunteer when you are young so it can stay with you longer,” Nash said. “If you start young it may become a habit for you.”

He emphasized that volunteerism does not have to be a stressful or extremely time-constraining endeavor.

“The causes I have chosen to serve with are really just a start. If you actually have the drive to do it, start small and as you go, you can become involved with more or bigger things later on. I pick up trash whenever I find the time because I feel that it needs to get done. You can go on the weekends or whenever you get the chance. Anyone can do it,” he said.

Nash said he is usually motivated to volunteer by his faith and the feeling he gets from making a difference. He said his service experiences for the past few years have truly changed him.

“I really get the best feeling when I go to volunteer,” he said. “I know that my impact as one person could help change 1,000 lives. I have come to appreciate the fact that I can make other people’s days better by simply helping them. Serving my community has really opened my eyes. It has definitely changed me into a better person.”