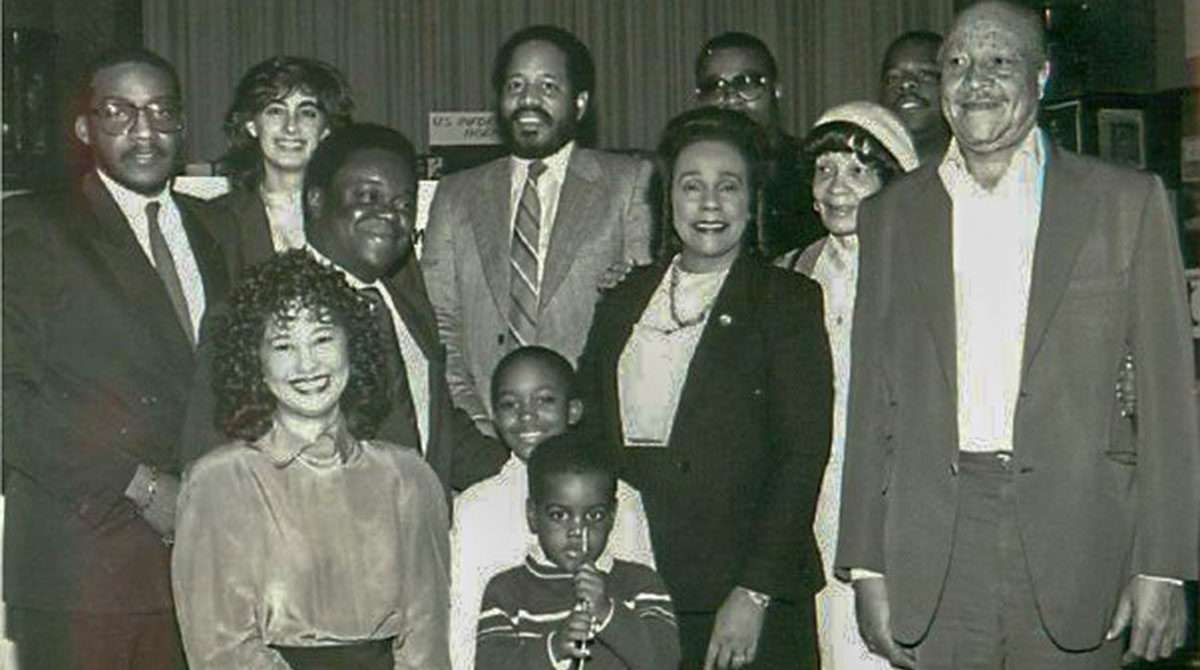 A country boy from Buffalo, New York, who was thrust into the Philadelphia city streets filled with gangs, Bennie Swans turned his life around at an early age and focused it on youth rehabilitation.

“My parents moved when I was 9 and wrestling in the grass now became wrestling with street gangs. It was quite the transition. Street gangs became the trade mark in Philadelphia and I, like many young people, got caught up in that,” Bennie said.

For the new kid on the block, Bennie found what others did in the world of gangs—acceptance.

“I understood the psychology of street gangs. You could be accepted where you were. With minority kids, that became very important. In fact, every ethnic group in America had street gangs,” he said.

His time in the big city where Police Commissioner and later Mayor Frank Rizzo’s relationship with the African-American community was publicly termed as volatile, sparked something in Bennie that took him from street gang member to activist.

“It was a rich period of time for black history,” Bennie recalled, noting it was a time of the Civil Rights Movement, the rise of the Black Panther Party and a very frightening time for all the activists seeking equality, especially after a class action lawsuit was filed against Rizzo.

“I was concerned I was going to get myself into difficulty,” Bennie said. Looking for an escape, he joined the U.S. Army.

TAKING UP ARMS FOR AMERICA

“Because I wanted to prove something to America, I fought more aggressively than many soldiers in Vietnam. You think you are invincible at age 18,” he said.

Bennie succeeded in proving his loyalty and bravery, but he was not invincible. Leading a machine gun squad, he found himself daily in the middle of hostile gunfire. On June 5, 1969, he was wounded while fighting in Tay Ninh Province. The U.S. Army 1st Air Calvary Division was stationed in Cambodia and the fighting was in the mountains off the Cambodian border.

“We had set up at the beginning of a bunker complex and had walked into an enemy bunker that had previously been bombed. We couldn’t tell it was occupied,” he said.

Bennie found himself in the position of carrying a machine gun out to cover the other men when he was wounded in the right arm and hand. Having earned three Silver Stars, two Bronze Stars and a Purple Heart, he was eventually discharged and later retired on disability.

A former welder by trade, he could no longer use his arm and was classified 70 percent disabled. So he found his niche volunteering to help stem gang violence through the Safe Streets Initiative in Philadelphia.

“I quickly went from volunteer to youth worker to director,” he said.

In 1974, Swans dove back into gang violence with a vengeance, helping create the Safe Streets Initiative that took hold as a model program for other cities. With the support of Arlen Specter and probation officer Tom Reid, a city-funded Crisis Intervention Network sprung from the model program. Crisis teams that were sometimes comprised of former gang members were used to help stop disputes and parents were involved with an annual banquet held to thank community members who helped make the program work. It was a network of crisis teams and Bennie headed that for about 14 years.

“We were told we got to be too big for our britches, but the programs worked,” said Bennie who had completed a social administration degree at Antioch University’s Philadelphia campus and had earned credits toward a master’s degree. Individuals like Ron Bloomberg, who later became a famous Hollywood writer, helped create a concern for minority kids who were dying in the streets, Bennie said.

Bennie’s model spread to Chicago and Los Angeles where Bennie took on the challenge of heading a Community Youth Service Project under the LA City Probation office.

Now married to his wife, Marcella, raising two children and traveling back and forth to LA, Bennie said he began to realize he was suffering from post-traumatic stress disorder (PTSD).

“As long as I stayed busy, I didn’t give myself breathing time and I was alright. But when I suffered a back injury, I found myself sitting in front of the TV with a bottle of vodka watching CNN coverage of the Gulf War over and over and over,” he said.

“I was distraught. I had given up on life,” he said, adding that drugs then came into the picture.

When he was arrested at age 40 for buying drugs on a street corner, he said he thought about suicide.

“In jail that day, if I could have killed myself, I would have,” he said. “I was so sorry for myself. Then I started to grasp that I had a problem. Someone had described me as a hero for walking forward with a machine gun and saving lives. When I stopped and thought about that, I realized how damaged I was as a person. I had taken lives.”

Bennie said at about this time, his wife’s mother who lived in South Carolina became ill and Marcella came south to take care of her and urged him to come. They moved to Kingstree.

“I became excited and active again,” he said. “I worked on several major projects, helping to create jobs in the area through the Salters Prison Project.”

Bennie started as a volunteer helping mentor and train minority contractors so they could work on building the prison but also to become subcontractors for future jobs.

After two years, Bennie found Kingstree a little confining after living the city life for so long. He moved his family to Myrtle Beach and once again found community violence manifesting itself.

“I found tons of things to work on like affordable housing, AIDS and more. I needed to be working on things where I could play a major role. This was all volunteer work and I continue to do volunteer work,” he said.

One major accomplishment was the formation of the Dr. Martin Luther King Jr. Celebration 15 years ago. Bennie advocated with the city to get a day set aside for this celebration and since, that one day has turned into seven, he said. He lobbied Myrtle Beach City Council and now there is an official holiday set aside in Myrtle Beach.

There are several aspects of the celebration funded through the Carolina African American Heritage Foundation, which Bennie heads. Events include a parade, a job fair, a health fair, a corporate community awards breakfast and a talent event called Carolina Has Talent, and more.

Bennie has been recognized for his tireless work to make the city a better place. Due to his disability and some health problems, he is working to ensure a younger group of individuals take up the challenge to keep the celebration alive in the future.

Through all his challenges, Bennie said it has been his wife of 27 years, his sons, Terrance, Mwana (which means man child—a name carefully selected for his son so he could never be demeaned by being called ‘boy,’) and his youngest son, Bennie, along with his great-granddaughter Britteny who they have raised, that have been his rock.

“I could not have accomplished anything without their support, encouragement and prayers,” he said.

Three words, Bennie said, are most important to success. They are cooperation, coordination and communications.

“If we work together, we can anticipate, mobilize and engage people in problems and get them to work together,” he said. “There is no greater satisfaction in the world than to change the direction of a community or the direction of a child. There is no greater satisfaction than working for community change or in being a mentor in someone’s life. You won’t get wealthy and it may not make you healthy, but you will have volumes and volumes of satisfaction to get you through.”