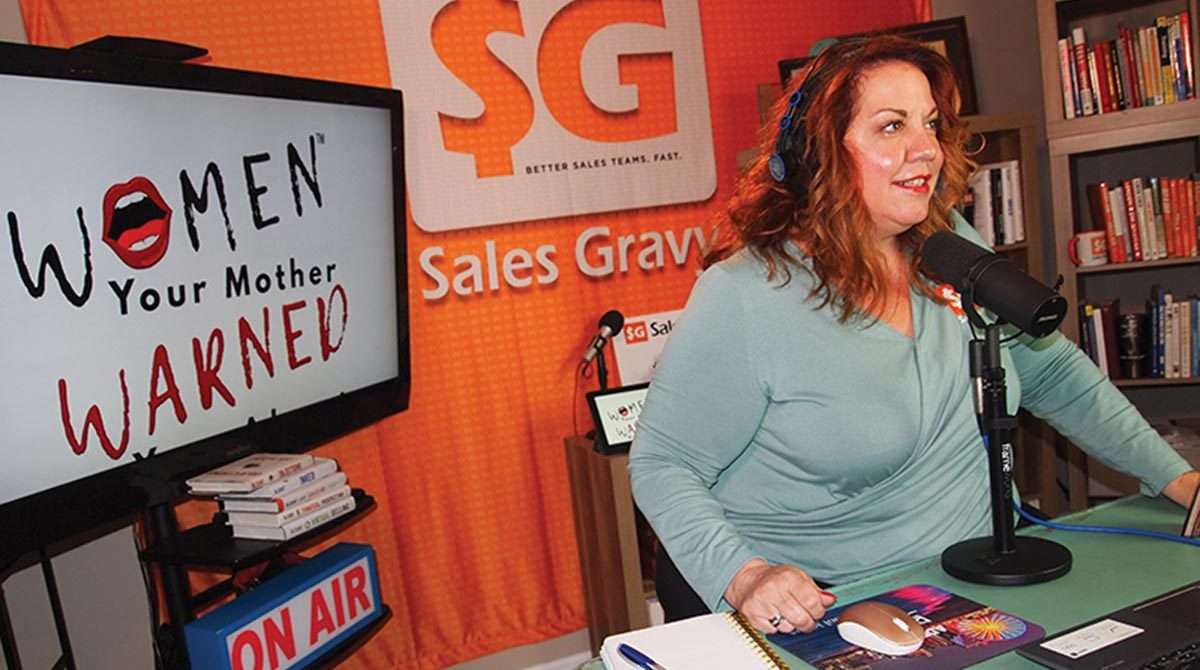 Gina Trimarco Finds Helping Others Is The Way to True Success 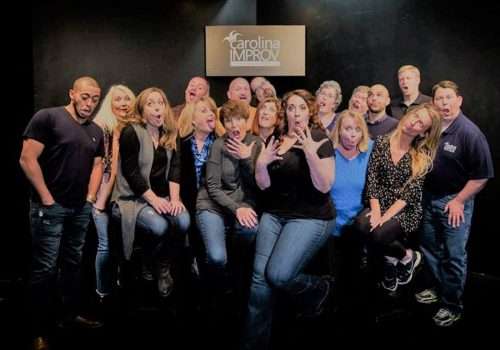 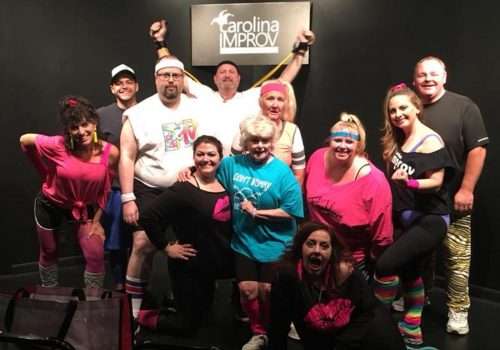 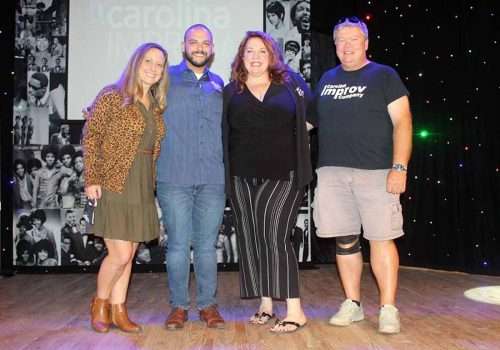 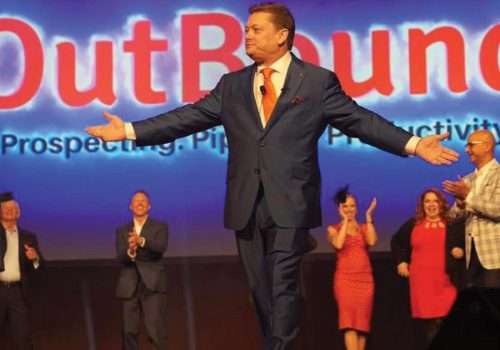 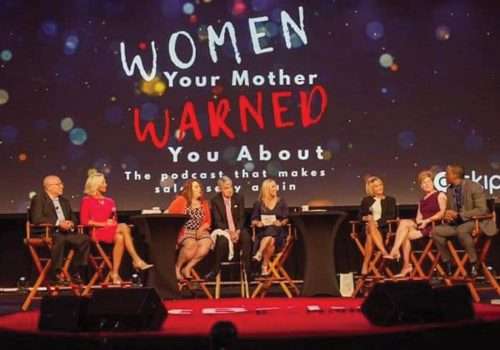 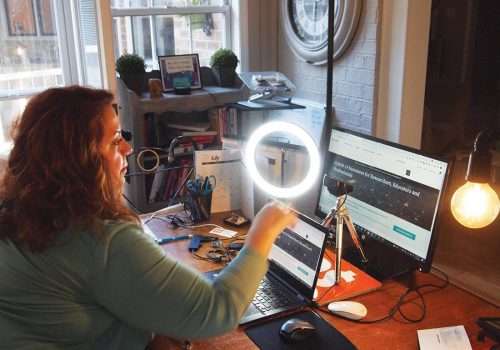 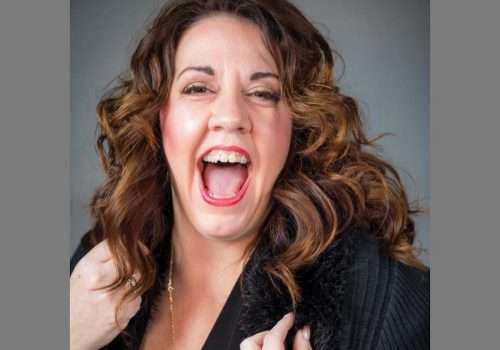 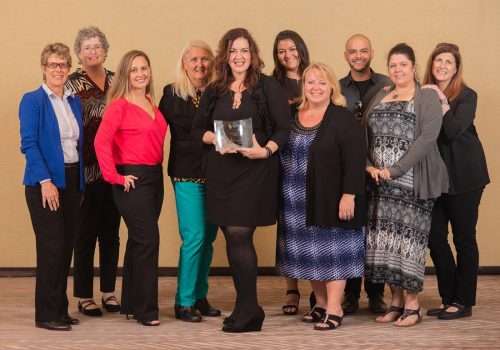 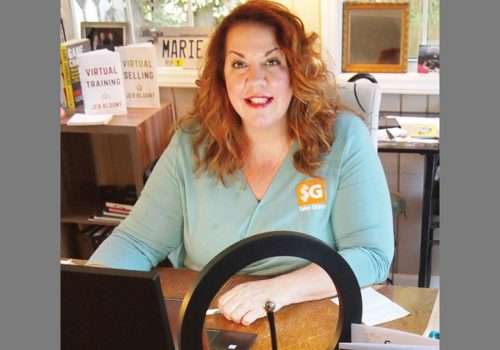 Chicago born and raised, Gina Trimarco moved to South Carolina at age 39. Immediately involving herself in the community, Gina became a resident who dove into the business community and led by example, offering her talents with numerous nonprofit efforts and business ventures to improve her community.
“I live by the philosophy of a Giver’s Gain. I believe there is always a way that we can help each other and that helps us. I always try to stay in that mind frame of giving without receiving anything and you always get something back,” Gina said.

As an entrepreneurial business owner who incorporates humor into her work and lifestyle, Gina said she doesn’t always have a lot of time or money to give, but she truly believes that helping others is always the way to improve oneself.

“At the end of the day,” she said, “we always have time to give of ourselves and it is a mindset.”

Gina said she grew up in an interesting family. Her dad, a first-generation Italian, was 25 years older than her mother who was born in Germany but came to America at age 10.

“My grandparents came from Italy and grandfather was a bootlegger. All my aunts and uncles had something to do with the Mafia in some way or the other during the depression,” she said.

Gina said her dad had his kids — which included her brother and two half-sisters — working flea markets as young as age 10. Gina began working at a bakery at age 13. Stricken with congestive heart failure, her dad’s sickness caused family financial struggles. He died young but not before instilling in his children how to work hard, be loyal and show up on time with a good attitude, she said.

“We learned to communicate and how to sell things,” she said. Those are talents she has been able to utilize throughout her career.
While her family’s thoughts about women in college leaned more toward the old tradition of “you go to college, get married, and have kids,” Gina wanted something more that would carry her through life.

“I wanted to make sure I had a life path,” she said. So, her half-sister and brother-in-law paid for her first year in college to give her a start and she worked her way through to graduation.

That work ethic set the stage for Gina to work her way up in everything else she has done since she said.

Gina began her career as an intern in radio and television. Those experiences led her to open her own video and film production company at age 23.

“One thing led to the next and the next,” she said of her career.

She worked in entertainment marketing for a long time, which took her to IMAX in Chicago, one of the top five theaters in the world. In 2007, Gina was recruited to move to Myrtle Beach and take over operations of the IMAX there. That theater was under construction to become a 3D theater. There were no employees and she started from scratch. Things were going well until the economic crash of 2008.

“Emotionally, I struggled with letting people go. I had built an amazing team and people had accepted me into the community. When I refused to fire my staff, I was fired and that was ok because I had trained my team to run things without me. I wanted to grow my own career and the only way to do that is to train others to take over for you.”

Gina said she had begun to feel that as a leader, she was struggling. Having taken improv classes while in college, she decided to reach out to an improvisation teacher in another city to learn how to teach. That helped her open her imagination and see possibilities.

“Improv is second nature. It didn’t exist in Myrtle Beach so to have it here, I had to create it. I reached out to get a curriculum and was going to do it as a hobby,” she said.

But it turned out to be an inspiration for her next step in life. A high-energy individual, Gina said it had never occurred to her to start an improv theater. She began her new company with the creation of a website for Carolina Improv. For the next 12 years, Gina utilized her talent for humor, coaching and motivation to run the Carolina Improv theater inside an area mall.

VOLUNTEERING AS SHE GREW

Gina said she was always involved with volunteer work in some way. In Chicago, she had volunteered with the Chicagoland Chamber of Commerce. After moving to Myrtle Beach, she took part in Leadership Grand Strand, a 10-month, 100-hour community service program of the Myrtle Beach Area Chamber of Commerce focused on the development of young leadership.

Always the person ready to give back, Gina squeezed out time to stay involved in some way with organizations like the American Heart Association, American Red Cross, the Make-A-Wish Foundation, Habitat for Humanity, and numerous others.

When Gina hit another snag in her career due to the COVID pandemic that shut the doors on live performances and in-person training, again leaving her unemployed, she regrouped and served as a committee volunteer to brainstorm the idea of a co-work space in Myrtle Beach.

“We introduced and came up with a plan to provide this space in the Arts and Innovation District off Main and Ninth in the city,” Gina said. Her 12 years of volunteering with the local Chamber kept her positive and moving forward while she sought employment.

“After being a business owner for more than 12 years, I had to find a job,” she said. “I didn’t know what to do so I just focused on helping other businesses, coaching, training, and consulting.”

For four months, she ran a weekly virtual coaching meeting through the chamber to help small businesses navigate through the pandemic.

Before long, she landed on her feet, as usual, in a position that utilized her humor and coaching talents. She has also been able to continue a podcast venture she had begun with an associate called “Women Your Mother Warned You About.”

She became a trainer, podcaster, and improviser as Director of Coaching Programs & Master Sales Trainer for Sales Gravy, the Sales Acceleration Company based in Georgia. She was able to work from her Murrells Inlet home office combining her entrepreneurial sensibilities with the backing of a well-established coaching and sales training company.

“The trickle-down effect of COVID has been horrendous,” Gina said. She said she now is focused on getting out of debt. Closing the theater she had worked so hard to establish was a real blow but she drew on her ability to use humor to cope with the difficult things in life.

“If you can find humor in your situation, then your life won’t be too bad. Improv teaches you not just to be funny but to be relatable. That’s where the humor comes in, because you are relatable. If you cannot take time to laugh at yourself and find humor, you are not living your best life.”

For her dedication during the pandemic to help other businesses thrive while hers had tanked, Gina received a surprise award as Volunteer of the Year from the Myrtle Beach Area Chamber of Commerce.

“I was taken off guard by the award,” she said. “It still makes me emotional. I was never doing the work to build a resume. I just believe if you have talent and you can help others, you should be doing it,” she said. “And do it joyfully.”