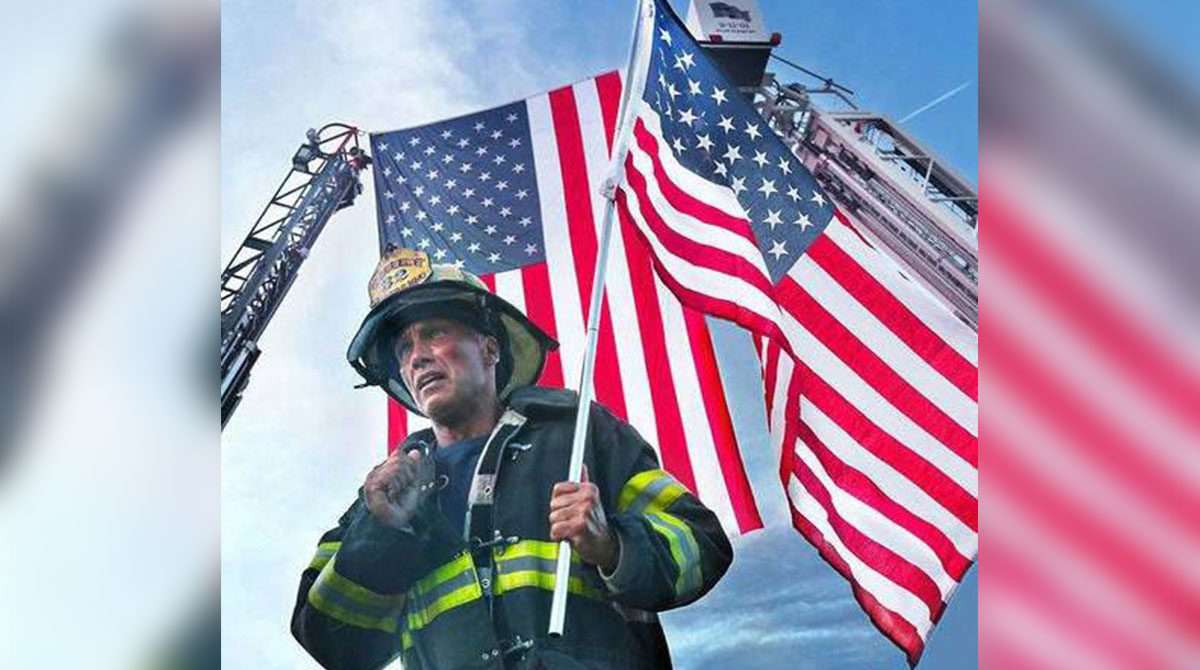 When Jack Oehm retired from his job as a Fire Department of New York battalion commander Oct. 29, 2012, he felt at loose ends. Then Hurricane Sandy happened — a horrible act of nature that devastated the shores of New York and New Jersey — and Jack suddenly found new purpose in life.

That purpose originated with the Tunnel to Towers Foundation, a nonprofit established after the Sept. 11, 2001 terrorist attacks on America. The Foundation was created by the six siblings of Stephen Siller, an off duty FDNY firefighter with Brooklyn’s Squad 1 who rushed to the Brooklyn Battery Tunnel and finding it closed, he strapped on his gear and ran through the tunnel to help. He ultimately lost his life trying to save others when the World Trade Center’s Twin Towers crumbled. He left behind a wife and five children and was one of 343 firefighters, 60 police officers and 8 EMTs who died at the scene that day. The Foundation was established in honor of Stephen and all the first responders who rushed to the towers to save lives that day.

Already retired when Sandy struck, Jack responded to a call from Frank Siller, Steven’s brother, asking for help organizing the Foundation’s Sandy Relief program. Jack was more than happy to assist. And, he did so much more than just assist. He became extremely involved.

“My family said, ‘I thought you retired,’ but I was working more hours than ever,” Jack said. “I was so depressed retiring after 32 years from a job I loved. Sandy was a terrible thing, but for me, it helped me because it gave me another purpose in my life.”

Born in 1958 in Queens, New York, and growing up in what was then rural Staten Island, Jack said he knew from the time he was four years old that he wanted to become a firefighter. He was the middle son of a father who worked two jobs to feed his family and a stay-at-home mother.

“It was a great childhood,” Jack said. “My brothers and I played in the streets and we attended a great high school. I went to Marist College to study accounting, but I knew I wanted to be a fireman.”

But dreaming of being part of the FDNY and making it happen are two different things. Jack said becoming a New York firefighter is a process and can take years of waiting. While in college in 1978, he took the written and “grueling” physical test that involved 10 events. Then he went on the list and waited.

He graduated college in 1980 and was hired in July as a facsimile machine salesman going door-to-door to businesses sharing the new technology that few knew about.

“I would explain to them that you could transmit documents through the phone line. That job was a pretty good experience but I was just waiting to be a fireman,” he said.

It took Jack until January 1981 to get hired because of all the competition. Never could he have dreamed he would be involved in one of the most tragic events to occur on American soil.

On that historic day in 2001, Jack said all his companies responded to the attacks.

“Three out of nine units didn’t come back,” he said. Twenty lives from his Red Hook, Brooklyn section were lost that day.

That was followed by nine months of search and rescue on the two piles of debris that were eight-to-nine stories high, he said. It started with searches for survivors, then remains.

As they worked their way to ground level, Jack said they spent about four months there then proceeded another four months working eight stories down.

“I spent a good part of my life searching and trying to find remains,” he said.

Even with those horrific times, Jack never lost his love for his job.

For Jack, that wonderful job came to an end after he was injured fighting a fire on Christmas Eve 2010. The injury sparked two operations and his eventual retirement.

As Jack adapted to his retirement life, he got involved with the Stephen Siller Tunnel to Towers Never Forget fundraising runs, stair climbs and eventually helping with golf tournaments. When he got Frank Siller’s call to coordinate the massive Sandy Relief project, he was ready to take on the challenge.

Over the next three years he worked on the Sandy Rebuild project where $12 million was raised. The all-volunteer teams worked to gut homes and do mold remediation.

“We would gut the homes and put it all in the front yards,” he said. The project also provided food, clothing, blankets and other assistance to the affected families.

Jack now serves on the board of directors. The Foundation has numerous programs, including a Smart Home program that builds mortgage-free “smart” homes for veterans with catastrophic injuries. The smart homes address a specific injury providing things like automated doors and lighting, lowered cabinets and counters and special shower accommodations that allow the veterans to reclaim their independence as much as possible. Ensuring the events of 9/11 are never forgotten, the Foundation has a Fallen First Responder Home program that helps with mortgages of fallen law enforcement officers and firefighters so their children continue to have security and stability. Additionally, the Gold Star Family Home program provides mortgage-free homes to surviving spouses and young children of fallen service members, those who sacrificed their lives for their country.

Although some events have been cancelled or have gone virtual this year due to the COVID-19 virus pandemic, Jack said dedicated volunteer Dave Boucher has stepped up to coordinate a fundraising golf tournament in Myrtle Beach, South Carolina.

“Myrtle Beach is carrying on our tradition,” Jack said, adding that some New York committee members who own condos at the beach will travel there for the event. While some events have raised as much as $120,000, a first year event might not raise a lot of money. However, Jack said holding events like this first year golf tournament is more about awareness than the money that will be raised.

“Dave is a full-time resident there now. He is a strong, committed person and will be the driving force behind this fundraiser. As a retired Army lieutenant colonel, and like our other military volunteers, you know where his heart is,” Jack said.

Boucher, who moved to the Myrtle Beach area in 2009, was also with the FDNY before going into active duty with the military. With the help of friends, he wanted to continue volunteering with the Foundation after he moved and has created the Myrtle Beach Veterans Day Golf Classic.

While the Siller Foundation keeps Jack busy, he also serves on two other nonprofit boards – The Visiting Nurse Association of Staten Island and the executive board of the Emergency Children’s Health Organization known more commonly as ECHO. The nurses program provides nurses to go into individuals’ homes and ECHO provides grants to families with children who have medical needs or when a family has an emergency such as a fire.

At 62, Jack said he is slowing down some to spend more time with his wife of 37 years, Kathy, and his three grandchildren. The pandemic has really put a kink in some of his volunteer work. The Foundation had him traveling as a representative when Smart Homes were presented to wounded military and for other events whenever Frank Siller could not go but the pandemic is slowed those activities, too.

In 2019 the Foundation was recognized by Thin Blue Line USA for its service to those who give their lives to serve others. Jack said it is imperative that Americans support law enforcement and all first responders who work to keep America safe and free.

“If we don’t support them as a society, we are lost,” he said. Jack said money donated to the Foundation is not wasted. “Your money is going to have an impact on the families of these heroes who gave up their lives protecting people they didn’t even know.”

Jack said the Foundation steps out of its mission statement sometimes to help where needed, often taking truckloads of supplies to areas devastated by some disaster. More than $5 million was raised for COVID-19 relief. The money helped the families of doctors, nurses, EMTs, law enforcement and other healthcare workers with their mortgages so they wouldn’t lose their homes.

“We step up and take care of those people who take care of us when they have a compelling need,” Jack said. “Frank Siller and his family will not say ‘no’ if we can help.”

To learn more about the Tunnel to Towers Foundation and its programs, visit Tunnel2Towers.org