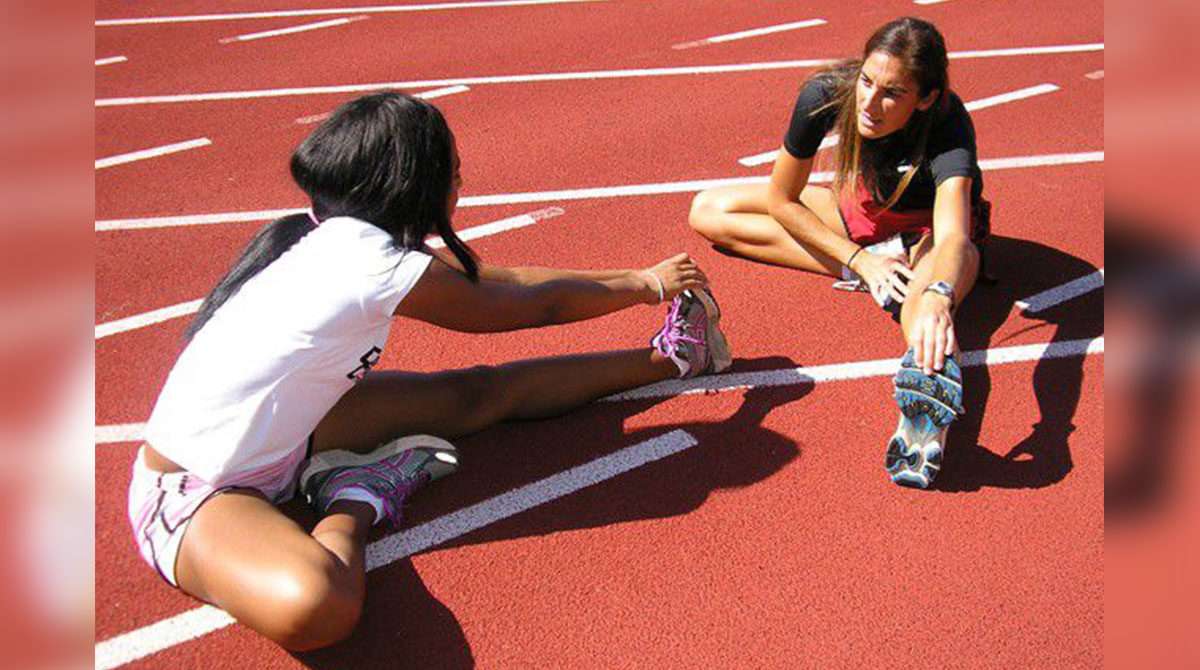 Jackie Sgambati Combines Passions To Give Back To Her Community

Jackie Sgambati combines her passion for running and physical fitness with her dedication to volunteerism, blending her interests to create a rewarding lifestyle.

The head cross country coach for both the men’s and women’s teams at Hawaii Pacific University on the island of Oahu as well as strength and conditioning coordinator, Jackie researches ways for herself and her teams to give back to the community.

The coach of 11 young men and 10 young women, Jackie feels it is as important to share not only her coaching skills but also her enthusiasm for giving back.

LIVING HER DESIRE TO HELP OTHERS

Equipped with a degree from Elon College (now University) in Exercise Sport Science and a Master’s in Nutrition from East Carolina University, Jackie says she has found her niche.

“I love that I’m educating people and helping them accomplish a goal whether it consists of raising money for charity or decreasing their risk of disease and illness,” she said. “If I could volunteer every day, it would be fine with me. That’s what makes me feel rewarded.”

For the most part, Jackie lives her desire to volunteer daily.

For more than seven years prior to accepting the coaching position in Hawaii four years ago,

Jackie spent her time teaching and coaching at Coastal Carolina University in Conway, S.C. After finishing a grueling cross-country schedule at CCU where she also taught classes, she would begin a 17-week volunteer marathon-training program with the American Red Cross called Red Cross Rescue Racers.

The official charity training team for the Myrtle Beach Marathon raised more than $600,000 for local disaster relief over the decade of its existence with Jackie’s participation for those seven years being key to the program’s success. Her role as head coach was to help participants gradually build their endurance so they could avoid injury and reach their personal goals, whether it was to run or walk the 13.1-mile half marathon or the 26.2-mile full marathon.

“I honestly think I am the person I am because of all the volunteer work I’ve done,” Jackie said. “I’m grateful to help people achieve what they want to achieve. I get back just as much if not more than I give.”

Her reward, she said, is watching people do things they thought they could never do.

Jackie credits her family for the way she feels about giving back to the community. Born in Spartanburg, S.C., where her father was performing his medical residency, she grew up in Mechanicville, N.Y. One of five children, her mother was a nurse and her dad made house calls. Her parents were always reaching out helping others.

For Jackie, volunteerism began at a young age. She first received recognition in high school with a volunteer citizenship award. Returning to the south to attend college at Elon, she became part of the first class of the Service Learning Community, a group of students charged with creating volunteer opportunities on campus. For her part, she coached a little girls’ soccer team for eight semesters, worked at soup kitchens, and did Habitat for Humanity and other community service projects while earning a degree in Exercise Sport Science and running cross-country.

After college, Jackie volunteered as assistant coach at Elon until a part-time job with the cross-country team became available. In 2000, she started the Elon Women’s Track program and coached both the men’s and women’s cross country teams until 2008. Throughout her coaching experience at Elon, she set the example for students by participating in volunteer opportunities. She also served as a volunteer coach for the Leukemia Society’s Team in Training program, preparing people in the community to run marathons.

After marrying CCU professor Joe Winslow in 2007, she remained at Elon for another year before joining her husband at their home in Sunset Beach, N.C., and beginning her work and volunteerism at CCU and with the Red Cross.

FINDING HER NICHE ON OAHU

You could never say that Jackie is “just a coach,” although she keeps a busy professional schedule. Her greatest strength, however, may be in motivating her young charges to appreciate where they live and train.

“We do a lot of beach cleanup. Hawaii is a gorgeous place but we get a lot of trash that floats our way, especially on the north shore. We practice a lot on the beach at Ala Moana Beach Park at the end of Waikiki. I think it is important to keep it clean. It means something. If we run there it’s free so we volunteer our time to help clean it up,” she said.

Jackie said she and her teams participate in other cleanups with the Surfrider Foundation of Oahu helping keep trash out of the ocean and from harming the environment and sea life.

Other volunteer activities include supporting the Girls on the Run program, a nonprofit designed to help build self-esteem and confidence in young girls. By matching herself and her women’s team members with the 6- to 12- year-olds training for a 5K race, they are able to promote the sport of running while also promoting a great way to stay physically fit.

“I knew about the program starting in Charlotte and knew it was successful on the mainland, so I looked it up here and we have developed a good relationship. Who better to run a 5K with than college cross country girls? We become their running buddies,” she said. “It is an amazing program that brings a lot of confidence to that age group.”

Jackie and her teams also support Special Olympics. “We help host the track and field meet for Hawaii,” she said. “I really enjoy it. It is rewarding to be out there seeing these kids be successful because they trained all winter to participate.”

Jackie Sgambati sets a great example for anyone wanting to stay fit. She has completed numerous marathons, half marathons, and 5K, 10K, and 15K races plus triathlons. In addition to her work and volunteer commitments, she runs 40 to 50 miles a week.

However, her biggest reward each day, she says, is helping her community.

“You have to take some responsibility for your community and how it grows,” she said. “I truly believe it is key.”