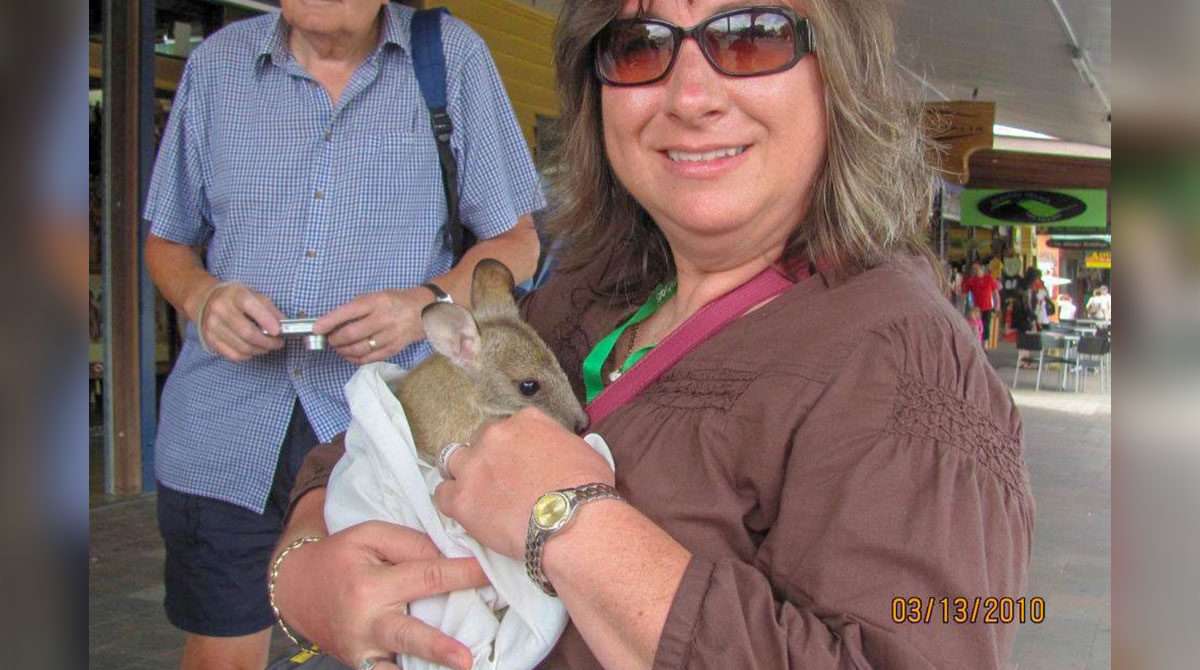 Kimberly Smith has a heart for animals and she is making a dent in the statistics that sadly show some 110,000 dogs a day die in shelters across the nation due to overpopulation.

One way to make change, she said, is to find ways to get animals into foster care and ultimately adopted. As the volunteer president of the no kill shelter, Charlie’s Angels Animal Rescue, in Fletcher, N.C., Kimberly and a crew of other dedicated volunteers have found creative ways to beat the statistics.

One of the most highly recognized programs created at Charlie’s Angels is a partnership with a local dog-friendly hotel. The Aloft Hotel at 51 Biltmore Avenue in downtown Asheville fosters one dog at a time until that one dog finds its forever home.

“We created this program and it is the first in the world,” Kimberly said. “So far, 120 animals have been adopted this way. It is great for the employees and boosts morale. We have had interest in the program all over the US and other countries as far away as Australia. They want to know more about the program and how it works.”

The program has been written up in numerous magazines and featured on TV shows. It has received so much publicity, its model is being replicated around the world including at several other Aloft Hotels in other states. Hotel guests get to enjoy meeting and volunteering to walk the in-house pet. With any luck, a guest will leave with a forever friend wagging its tail to a new home.

A TASTE FOR VOLUNTEERING

Since childhood, Kimberly has had a big heart for animals. “My mom and dad said since I was a little kid, I was always finding animals to bring home. They were always shaking their heads at me,” she said.

Growing up in a country setting, the family had barn cats and when stray animals were brought home, her dad would never turn them away, she said. They would work to find new homes for their temporary guests.

In high school, both Kimberly and her future husband, Brad Smith, developed a passion for volunteering. They both volunteered for Easter Seals. They continued that effort after marriage and the last year Brad did a haunted house fundraiser for the organization and raised $86,000, Kimberly said.

After attending college in South Florida and marrying, Kimberly moved around a lot with her husband as they both worked for one of the largest general contractors that build hospitals. They moved from Charlotte to Asheville to work on Mission Hospital’s Cancer Center.

Once settled into her new home in Western North Carolina, Kimberly started looking for something to do that would help her meet people. She saw a TV ad for a large no kill shelter and began to volunteer.

“I realized I had a skill set for raising money,” Kimberly said. She joined the board of directors and helped the nonprofit raise funds. She eventually came to Fletcher and saw the rescue site of Charlie’s Angels Animal Rescue and saw what a great group of volunteers were operating the much smaller organization.

“I met with the president to see if I could help. I came on board and when the president retired six months later, she nominated me to take over. That was almost five years ago,” Kimberly said.

She accepted the nonpaying position while continuing to work fulltime until the Asheville construction project was finished. When that job was done and she and Brad were asked to move to the next project, Kimberly decided she was too invested in her Asheville community to leave. At 51, she was able to retire.

“I asked my husband if he really wanted me to quit work. I was feeling guilty,” she said. “He said to me, ‘You are working fulltime already and that is your passion and you are happy. Do it fulltime and you can do it the right way.’”

Now, almost a year out from her retirement, Kimberly said she cannot even imagine working another paying job and keeping up with the needs of Charlie’s Angels.

Kimberly said she operates the 501(c) 3 nonprofit, as a business. A former office manager with a business background, she said too many nonprofits lack this focus, which is crucial to the success and continuation of any organization.

“One thing I saw with other operations was leaders had a great big heart and they did not think of the nonprofit as a business. You have to think of it that way, whether you are negotiating a lease or working with veterinarians. Previously, they had no one giving them a reduced rate for services. We didn’t have a choice but to add some employees. The flip side was I made sure we cut costs through negotiations,” she said.

Charlie’s Angels Animal Rescue has only four part-time paid employees and they are the individuals who keep the shelter cleaned so it passes inspections. All other work is handled by Kimberly and the 150 dedicated volunteers.

With medical bills being the largest expenditure at the shelter, Kimberly worked with local vets to get a “hefty” cut in services. “You can have a big heart and I totally get it, but a big heart can get you in trouble if your philosophy is that the money will just come in. You need reserves and longevity. You have to set up your group so that when you leave, the organization can move forward.”

By doing some financial restructuring, Kimberly helped Charlie’s Angels set aside enough money for a down payment on the building they were leasing at 5526 Hendersonville Road. That allowed them to make changes in the building so it better suits their needs. Money for the shelter is raised through various fundraisers.

Keeping the shelter small also helps. There are never more than 75 animals being cared for by Charlie’s Angels. The shelter can handle 26 dogs and 12 cats and all other animals pulled from local kill shelters are placed in foster care.

“I think it is good to remain small. That way we can truly care for the animals. We get to know each animal. One volunteer thought he would be sad to walk the dogs and then leave them. He said at the end of his walk, the dogs pull him up the ramp ready to return to their kennel.”

“One of the biggest things I like to pass on,” Kimberly said, “is volunteer your time to something. As long as you are passionate about something, find a way to do it. The need in the animal welfare population is overwhelming. If you’ve got a passion, volunteer.”

Kimberly said there are numerous ways to give back to the community and while her passion is with animals, there are so many other worthy projects that can use volunteers.

“Give back to the community. Someone says, ‘I just don’t have the time to volunteer.’ However, you can. One of our volunteers, Miss Sally, helps us from her home by typing up documents I need help with. I just email her my notes. There are tons of things people can do that are giving back.”

Kimberly estimates that about 85 percent of the volunteers at the shelter are retirees. Some only work the cat room, while others enjoy walking the dogs. Some help with laundry, mowing the lawn or cleaning windows.

“People say sometimes they cannot believe what I do. I say it is the people in our village that pull it off,” Kimberly said. “It is amazing what they will do to help. It takes everyone working together.”

“If you have it in your life to give financially, please do. If not, then give your time. I feel my husband and I are blessed because we have blessed other people through volunteerism,” she said.