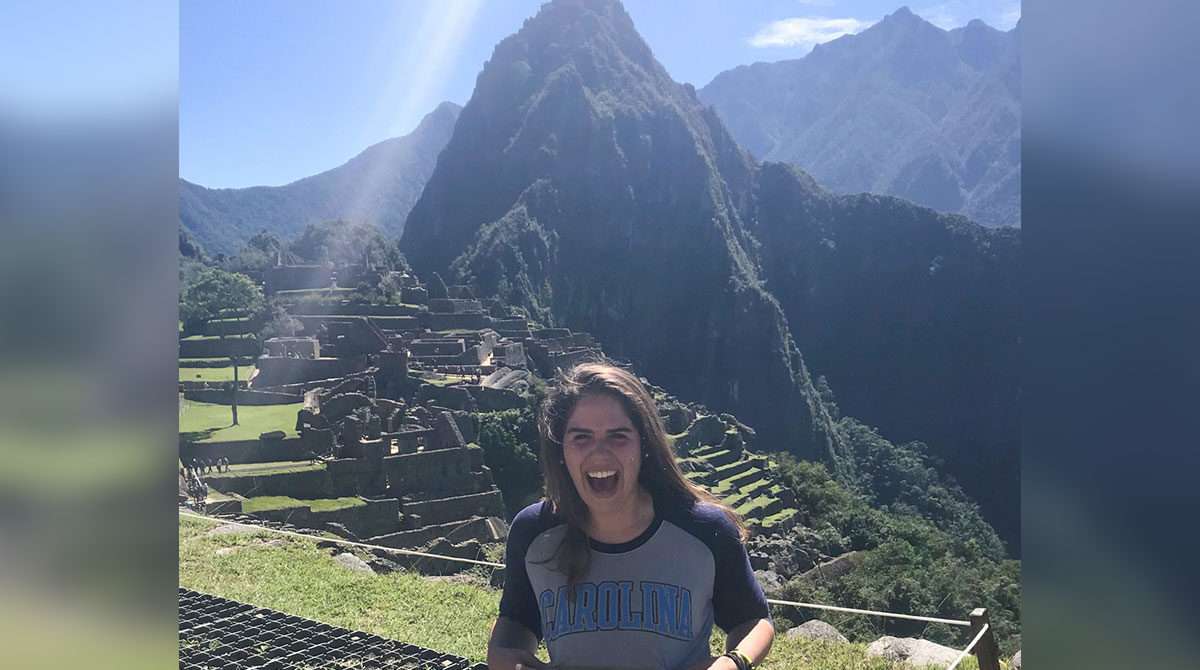 Laney Henley Serves With A Heart For Others

Laney Henley, a junior at the University of North Carolina at Chapel Hill, demonstrates the qualities of a true leader in her community through her giving spirit. Dedicated to service within and outside of her local area, Laney strives to use her personal skills to better the lives of those around her.

A native of High Point, North Carolina, Laney expressed the influence of her family when beginning her involvement in volunteer work at a young age.

“My parents have always served. Deciding to help in my own way was never really a second thought to me,” she said.

Continuing her service into her high school years, Laney also worked diligently to be a proficient student and maintained an involvement in extracurricular activities she enjoyed, often participating in horseback riding competitions. Laney said her love of learning drove her to a successful place in the classroom. A recipient of the Morehead-Cain Scholarship (originally the Morehead Scholarship — the first merit scholarship program established in the United States and founded at UNC-Chapel Hill), she said being chosen to take part in such a selective program has given her benefits she will always be grateful for.

“The program has provided me with an amazing community of people at UNC,” Laney said. “It’s also given me the chance to have really interesting and rewarding opportunities to participate in during my summers.”

Laney said the summer after her senior year in high school, she was able to take a three-week backpacking trip to California through the Morehead-Cain Scholarship program; a trip that pushed her to new places before she had even entered college.

“My first trip after my senior year was already out of my comfort zone,” Laney said. “It really stretched me and prepared me to be ok with discomfort.”

After her freshman year in college where she declared a business minor (and later a quantitative biology major), she traveled to Ollantaytambo, Peru. There she worked with indigenous women and their small businesses, helping her to gain enough Spanish-speaking skills to prepare her for a trip the following summer to the United States Embassy in Spain.

“I served in Southern Spain doing minority outreach with the Gypsy community there. I gained a lot of interest in understanding cultures outside of my own during that time,” Laney said.

She said the opportunity to travel and serve in foreign places is something everyone should take advantage of, if possible.

“There’s so much we don’t know, so much we don’t see, so many experiences we’ve never had,” Laney said. “Whenever you’re able to travel, you can start to understand that all humans are, in a way, the same. I think that can inform the way we interact with people in our own communities. I know if I’ve figured out a way to find common ground with a 14-year-old girl in the Gypsy community, then I should definitely have the courage to go up and talk to that person who doesn’t look like me, doesn’t speak the same language as me, but goes to my same grocery store. My travels have given me the courage and boldness to speak to people that I wouldn’t have originally.”

In her local area, Laney serves by interpreting for patients from Spanish to English for a UNC student-run community clinic, the Student Health Action Coalition or SHAC. She also gathers research on HIV and AIDS cure ethics through the UNC Gillings School of Global Public Health.

“Before I started interpreting with SHAC, I was a co-chair for an organization called LINC (Linking Immigrants to New Communities). LINC works to educate people in the community who have immigrated to the United States whose first language is not English. Being involved with that connected me to lots of different communities and cultures, but because of my personal skills, I communicated best with Spanish speakers. After my time at LINC, I knew I wanted to continue working with the Spanish language. That’s what took me to interpreting,” she said.

Laney said much of the influence behind her personal goal to help others be understood in a medical setting comes from her own past struggles.

“I got to realize in my traveling abroad, in more of a firsthand way, how overwhelming it can be to operate when you don’t understand the language,” Laney said. “I think about how when I came to college, making friends was something I was nervous about, like everyone else — but I spoke English. I know I had an easier time than someone who comes here without having English as their first language. I think I just had a heart for the fact that some people can’t express how they’re feeling in a health setting, one of the most important places to be understood.”

She also said her inspiration for collecting research comes from her own interest surrounding the medical field and cure ethics.

“People who have HIV, historically and currently, have been excluded and stigmatized because of their disease. The HIV cure is a very interesting thing. We have developed therapies to keep people alive to a very similar death age as if they had died from heart disease or something of the sort. So someone diagnosed with HIV can theoretically live to be the same age as someone who has not, but that quality of life is definitely going to look different. And it’s difficult when it comes to cure ethics, because trying to experiment with cures often involves taking someone off of that lifesaving therapy in order to see if that cure works. It doesn’t necessarily seem morally right if you can keep that person alive until a normal death age. So it’s been very exciting that we’re getting to see some advancement in HIV treatments and medication options. It would be an amazing thing to cure HIV, but there are definitely some ethical implications that I’ve been able to be working on which has been really interesting,” she said.

Laney said, although some of her influence to serve comes from her personal interest and experiences, ultimately her Christian faith is the driving force behind everything she does.

“Prior to becoming a believer my sophomore year of high school, I wasn’t really thinking much outside of myself,” she said. “It’s a hard thing to do, even as a believer, but now that I know the Lord I’m able to think to myself, ‘If all things come from Him, everything I have is His already.’ That shows me the importance of having open hands with gifting or serving or whatever it may be.”

Laney also said her faith played a role in her inspiration to help those different from her.

She noted that one of the most important things people can do to find a love for serving is to look outside of their own issues and into the needs of their community.

“It’s so important to understand people and try to see what their struggles are and what their life is like. Ultimately kindness and generosity come from having a heart for other people. It’s difficult to be kind when you don’t see where someone else is. Understanding where other people are, that’s the first step of it all,” Laney said.

She said the amount of an impact someone makes when volunteering shouldn’t be the only reason they serve.

“Even if you don’t make that much of an impact, it is definitely worth it,” she said. “Any impact is going to be serving something that is worth your time. That’s why it’s so important to serve for something that you’re genuinely interested in helping, so you’re always motivated to continue. But don’t worry about the size of your impact. Community service is going to be beneficial to whatever extent it’s done. It’s not too small; it’s not too little. You’re so valuable.”

Laney said that, without her ability to serve, she would be a much different person.

“I’ve learned so many different skills that I never thought I would,” Laney said. “I’ve learned how to change in the face of adversity and how to think less about myself. When you serve, you can grow in so many different ways. It has humbled me and shown me the need and the brokenness of the world. But it also shows me that hope is in the future.”