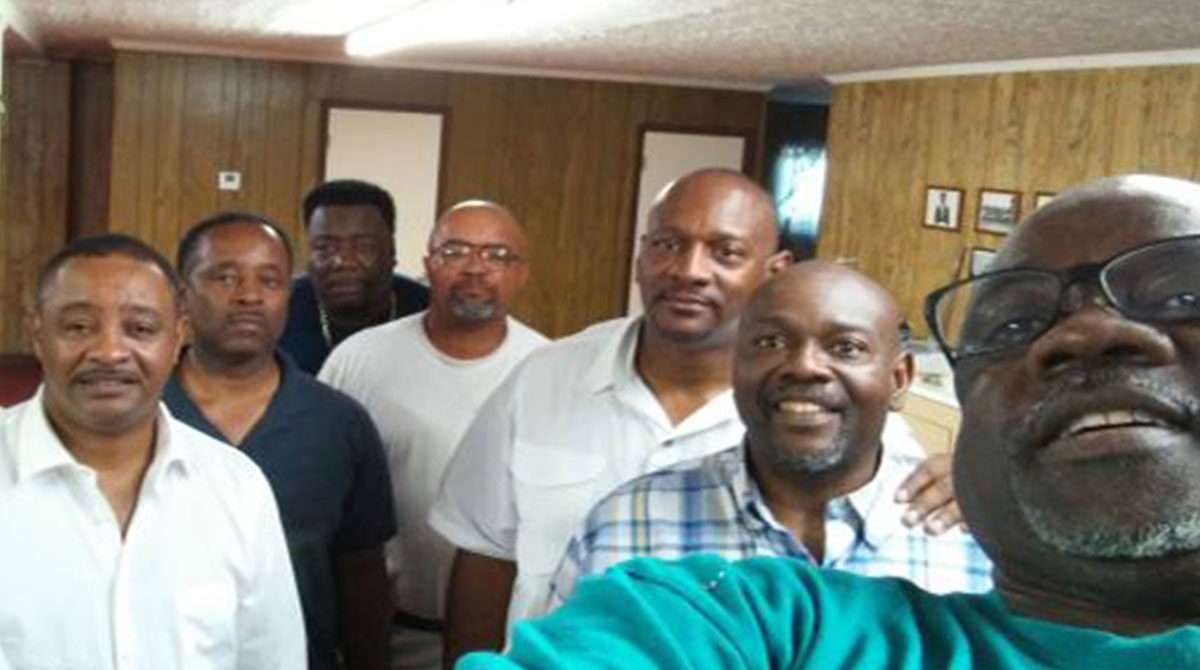 Larry White Serves Families With A Heart Full Of Love

Whether through service to solve issues unique to his community or those which are common around the world, Larry White exemplifies the qualities of a true public servant. As a passionate proponent of community and family relationships, Larry continually strives to learn from and address the needs of those around him.

A lifelong native of Conway, South Carolina, Larry has taken part in a multitude of volunteer activities within his community. He has left a greatly appreciated mark on those in his area as a former teacher of more than 20 years at Socastee Middle School and as a member of Conway City Council since 2009. Also, among the many positions within the Conway church where he has been a lifelong member, he has served as superintendent of the Bethel AME Church School.

As a father of four, grandfather of 10 and great grandfather of one, Larry’s love of family is reflected in his position as founding board member and current board chair of A Father’s Place. In 1999, A Father’s Place began with the goal of addressing father absence in the Conway area with its impact spreading throughout Horry County as it became an official nonprofit in 2003.

With an enduring goal to work towards solutions to the problems of those around him, Larry said his role as a founder came only after learning from others who believed in the importance of fatherhood presence and who wanted to take action to support families in their community.

“A friend of mine, Margene Willis, had tried to get a grant to start A Father’s Place, but she didn’t know the right people to get all the information needed,” Larry said. “Our paths crossed, and she helped show me the importance of the goals she had laid out for A Father’s Place. I saw that there were many men who weren’t doing right by their children, but I knew nothing about writing grants, so I started searching the community for people that could help with it. We got a group together, wrote a grant, and the rest is history. I began going out into the community talking to men about the need for getting back to their children and helping the mothers of their children and things like that, and that’s where it started.”

Larry explained the way his background had influenced his beliefs regarding the importance of a closely connected family and community.

“Community has always been an important part of my life,” he said. “Growing up, we took the phrase ‘It takes a village to raise a child’ to heart. Everyone in my neighborhood helped each other. If my neighbors saw me doing something wrong, they could reprimand me; if they saw I needed something, they came running to the rescue. People were more community-oriented, and even though things are different now and I see that attitude disappearing, the need to facilitate support for children is still very much ingrained in me. I grew up with my father in my life, so I know, now working with families who lack that, how important it is to have both parents in the home. Children need a lot of support from their community growing up, but most of all it’s necessary for them to have both parents working together for their well-being.”

In starting A Father’s Place, Larry said there was a connection he drew that was one of his final motivators when founding the nonprofit.

“I started watching a program about animals, which was focusing on elephants at the time. The population was getting too big, so some researchers decided to take the male elephants away from the group and put them in another area and, by doing so, separated the family units. After that, the young elephants started going out and doing things they wouldn’t normally do; they went into the village and destroyed people’s crops, trampled other animals and things of that nature. All the researchers were trying to figure out why the young elephants were doing this, and one of them came to think, ‘Maybe if we put the males back into the village, the children will start acting properly.’ That sparked me to put the same idea into our lives. The children were going rampant because a male wasn’t there, but as soon as the male elephants were brought back, the young elephants went back to acting properly. When I related it to us, it became really clear that if we could get both fathers and mothers actively involved with their children, maybe we could curtail some of the bad things kids are doing,” he said.

The original efforts of A Father’s Place continue today with the same goal of strengthening families by bringing fathers back into children’s lives and are becoming more effective by meeting the unique needs of every situation, Larry said.

“We try to give these men assistance so they can be the fathers they need to be,” he said, “whether that be writing job applications, helping them to secure a job in the community and teaching them how to keep it, assisting them with transportation, connecting them with other agencies where they can find help for drug or alcohol or other issues that may require medical help or making sure they have a means of dealing with child support. We try to create a system where they don’t have to go to court for child support but rather help them in developing a better relationship with the mother so they can work that out without interference. But, if they need to go to court, we have something called ‘Alternative to Incarceration.’ So, rather than going to jail, they can come to A Father’s Place and get help finding a job so they can pay their child support and do other things they need to do to keep them out of jail. They learn many life skills through the program that will help them in the future. We’re really just a helpmate to men, helping them to be better men and fathers.”

Larry said that his passion for facilitating good environments for children stems from his acknowledgement of their impressionable nature and the way in which people tend to reflect each other.

“If kids see good things going on, they’re going to do good things,” he said. “If all they see is negativity, then they’ll be negative; they’ll want to do bad things. The community, or village, needs to be healthy. If the village is healthy, if it’s doing what’s right, then the children will be healthy and will do what’s right. Someone has to be the role model. Lots of people don’t want to think of themselves as role models, but if you look deeper into things, you’ll see that we’re all role models to someone else, whether we want to be or not.”

When volunteering, Larry said the most important thing to do is to address what those around you really need.

“I’m driven by wanting to see and do better for my community. So, I listen to the problems of those in it, and I work to find solutions for what’s going on.”

He stressed that his journey, though he’s learned a lot through the experiences of his life, has not been perfect, and that no one’s journey will be.

“I’m a family person. I always have been. But my marriage didn’t work out,” he said. “The important thing to remember is that even through terrible breakups and divorces there are still places for love. My former wife and I are the best of friends, and we’re able to communicate whenever we need to by meeting each other with open hearts. In the song by the Beatles, ‘All You Need Is Love,’ that statement seems silly, but it’s true. If there was more love in families, communities, countries, around the world, I think we would have far less problems. So, I try to show that love to everyone.”

Larry added that everything in his life has not gone well. “I’ve tried to rectify the bad so that the good outweighs it, but I’ve really learned from it all. It’s important to remember that most of Jesus’ disciples had some type of issue; some were drunks, some were criminals, they were regular people who had struggles just like us. But, by taking their experiences and trials out into the world, they were able to recount the message of Jesus in a way others understood.”

When approaching others with intentions for service, Larry emphasized the importance of humility, a heart of love and an aim for understanding.

“Jesus spoke in parables because he wanted everyone listening to understand his message,” Larry said. “He could have used advanced language to impress some, but he knew that would obscure what he needed to be sharing to all. When serving others, I try to use the struggles of my past to connect with what they’re going through — some of it I’ve learned, some of it I’ve lived, but the importance is in not letting pride get in the way of what needs to be done.

“If you’re aiming to connect with children or coworkers or friends or family, try your best to meet them at their level. If you can keep the best interests of others in mind, you have the best chance of making truly positive change.”

To learn more about A Father’s Place and how you can get involved, visit:  AFathersPlace.org