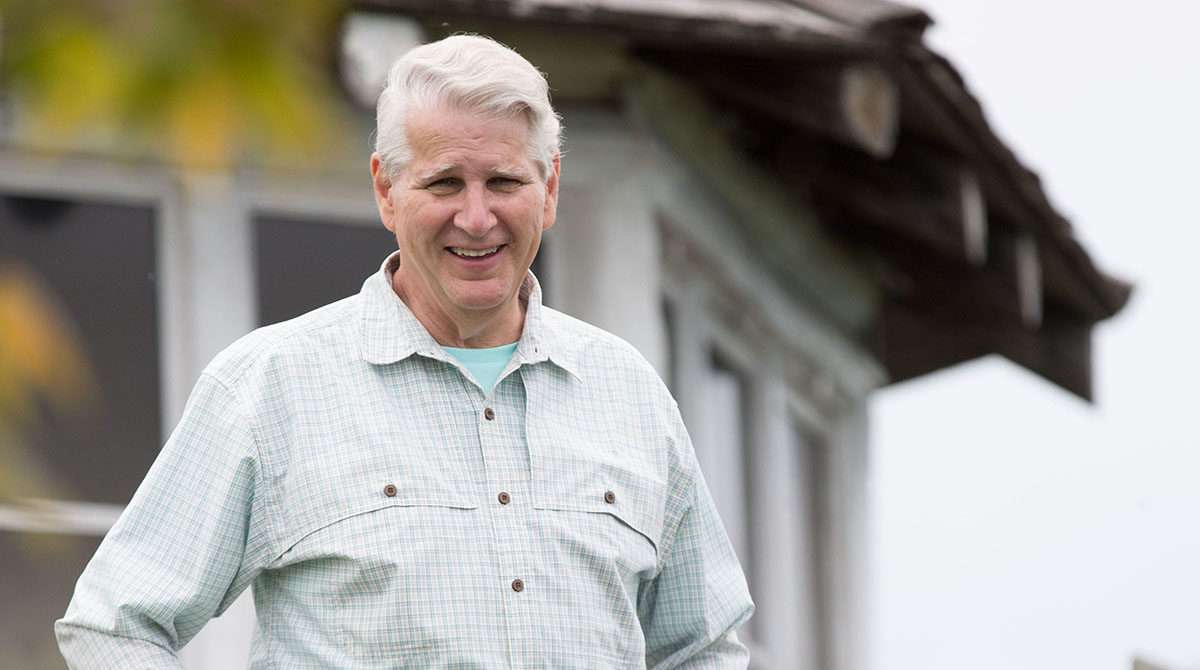 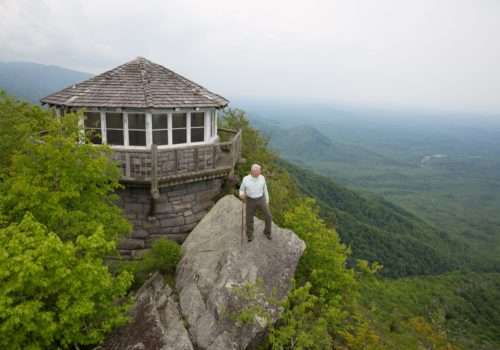 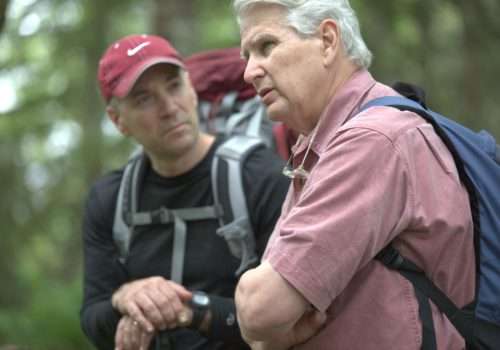 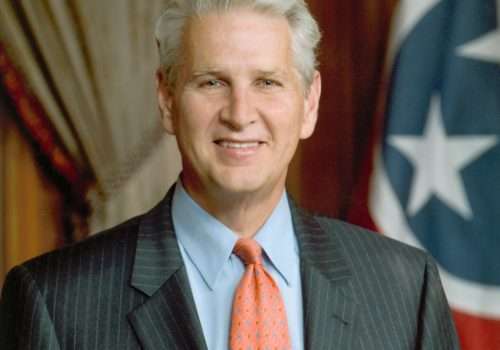 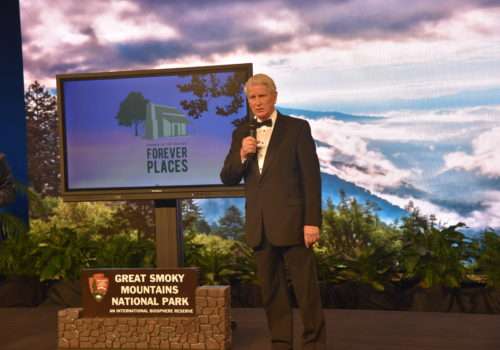 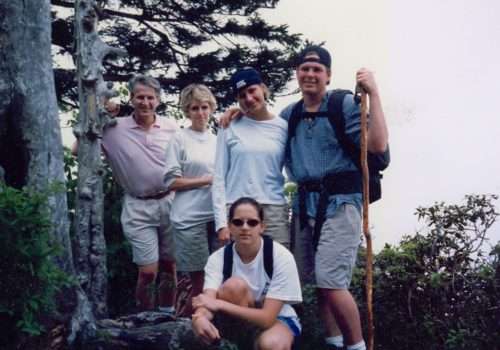 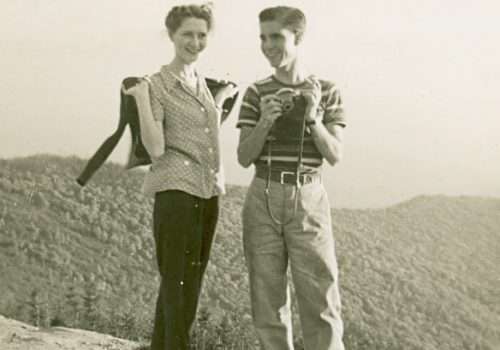 When Gary Wade’s dad traded a 1950 Ford for a piece of land along a riverfront, he probably had no idea that his son would eventually become so inspired by the beauty of the surrounding mountains he would dedicate years of his life volunteering and helping to raise millions of dollars for environmental preservation. With eight generations of his family from the area, Gary’s love of the mountains surrounding his native East Tennessee runs deep.

A Sevierville native, the retired Chief Justice of the Tennessee Supreme Court became involved throughout his career with many philanthropic causes. His primary dedication, however, has been to an organization called Friends of Great Smoky Mountains National Park (shortened to Friends of the Smokies) of which he is a co-founder. A service partner of the most visited national park in the U.S., which covers some 800 square miles of Western North Carolina and Tennessee, the organization raises funds and public awareness of park needs while also providing volunteers for projects needed to ensure future generations will be able to enjoy the beauty of some of the oldest mountains in the world.

BAREFOOT AND LOVING IT

Spending summers swimming, fishing and hiking was a dream for Gary and his three brothers who grew up a block and a half from the courthouse in downtown Sevierville where their dad ran a small department store. While staying at the river cabin in summer, however, the rambunctious “town boys” ran barefoot in nothing but shorts or swimming trunks. Riding inner tubes on the river rapids along with other kids in the area was a great pastime.

With no television or phone, the mountains — part of the Great Smoky Mountains National Park that was initially established by a bill signed by President Calvin Coolidge in 1926 and dedicated Sept. 2, 1940 by President Franklin Roosevelt — became the boys’ playground summer after summer while their dad commuted to work.

Gary recalls spending time with other “mountaineer” families along the river as a child, once sharing a rooster dinner after being invited to eat with a neighboring family.

“It was a nice meal; an entrée bowl with a lot of gravy,” he said. Growing up with country cooking, Gary tasted wild game that included bear, venison, raccoon and possum.

“That just shows how country we were and how big families struggled,” he said.

A LIFESTYLE OF PHILANTHROPY

While his childhood was that of a country boy, Gary aspired to have a career in law. He graduated cum laude with a Bachelor of Science degree from the University of Tennessee in 1970 and obtained his Juris Doctor from UT’s College of Law in 1973. He was in a private law practice for 14 years during which he was elected to the unpaid position of Mayor of Sevierville and filled that position for a decade. In 1987, Gary was appointed to the Tennessee Court of Criminal Appeals and from 1998 to 2006 served as presiding judge of the court. His career culminated with service as Chief Justice. After retiring from the Supreme Court in 2015, he served as dean of the new Lincoln Memorial Duncan School of Law until retiring again in July 2020 once the school was granted full ABA accreditation.

Like many busy professionals, Gary said giving back became part of the job. During his tenure in the law field, he received many accolades and served on numerous boards of directors, helping to raise thousands of dollars for worthy causes. Four times through the years he was named Sevier County Mover and Shaker of the Year by The Mountain Press.

While he has given generously of his time, talents and financial support to many philanthropic causes he helped organize such as Leadership Sevier, Sevier County Library Foundation, Sevier County High School Foundation and the Tennessee Judicial Conference Foundation that provides for law student scholarships, none has been as close to his heart as Friends of the Smokies.

“My experience with Friends — learning through trial and error — helped me help all of those others in startup,” Gary said. “While I am proud to have given time to all of these philanthropies I still think that I and all who donate time, talents or treasure are mostly helping ourselves.”

Helping to found Friends happened organically and thanks to a childhood friendship with a boy named Tommy Trotter who grew up to be an architect in love with the same beautiful mountains as Gary. When the two were over 40, Tommy set a challenge that they should hike all the Tennessee trails. For the next couple of years, the two friends mapped out trails to hike but it was on a weekend that Tommy was out of town and Gary hiked with his brother, Dr. Dwight Wade, Jr., that something magical happened. The brothers trekked to a fire tower atop Mount Cammerer near Cosby, Tennessee, where they found the structure in deplorable condition. News of the fire tower’s condition peaked Tommy’s interest so he and Gary later hiked back to the tower. Being an architect, Tommy was appalled at the site of what had once been a beautiful octagonal structure with a foundation of stones weighing as much as 600 pounds cut from a mountainside quarry located only 100 feet away. The tower, one of only three places in the park with a 360-degree view, at one time served as home to a park ranger.

When a park ranger happened by that day, Tommy learned there were no funds for repairs on historic structures in the park. He handed the ranger his business card and asked him to have Park Superintendent Randy Pope call him. Pope did call and Tommy volunteered his architectural skills and then volunteered Gary to raise the estimated $35,000 needed for renovations. Gary tapped into a list of individuals who had given to help construct a community center a decade earlier to raise startup capital.

Gary and Tommy learned that the national parks had lost millions in federal budget cuts from 1984 to 1993. There were already some individuals in the area interested in helping the park by modeling an organization after a Yosemite Fund, created by friends of that park in 1988. Once it was determined that starting a “Friends” group would not cause further Congressional funding cuts, the Smokies support group was established in 1993.

Prominent Knoxville and Western North Carolina philanthropists met and established the organization with Rotary Club of West Knoxville being the first to offer help.

To date, Friends of the Smokies has raised more than $70 million to benefit the national park.

Gary said supporters from all 50 states contribute almost $4 million a year to help with park maintenance and beautification. Friends’ largest annual fundraiser is the Evergreen Ball. Held for the last 18 years, the ball has raised more than $8 million for park priority needs.

“Being a part of Friends for the last quarter century plus has been an absolute privilege,” Gary said.

LOVING THE PARK TO DEATH

Gary’s fond memories of summers on the river and playing in the Great Smoky Mountains inspired something within him that he never forgot.

“If we had stayed in town during those summers, the affection I have for the mountains may not be as strong,” he said. “The park was definitely part of our stomping grounds.”

Since his childhood, tourism within the national park has increased dramatically drawing more than 12.4 million visitors in 2020. Even with closures during the COVID-19 pandemic crisis, the park reported its second-most visitation, just shy of the 2019 record of more than 12.5 million.

Along with increased traffic, comes an increased need for trails and facility upkeep within the nation’s most popular national park.

“I like to think about Friends first and foremost of having a spiritual mission of protecting the park,” Gary said. As for spending his time through the years fundraising, serving as a board member and officer, Friends has provided him a special honor.

“It allowed me to hang out with people who inspire me and make me a better person. I certainly found that on this board,” he said.

Thanks to a hike by a couple of brothers and later with Tommy Trotter, Friends of the Smokies has raised close to $70 million to assist with various projects over the last 28 years.

“Visitors love the park to death,” Gary said. “We need to love the park but not to death. We need perpetual care so it is always there.”

Gary said he takes pride in being part of something that has been a lifeline for the Smokies.

“It is just the right thing to do to be supportive of our national parks,” he said. “The Mt. Cammerer Fire Tower, situated along the Tennessee/North Carolina boundary, has come to symbolize the commitment of ‘we the people’ to cherish these mountains for all posterity.”

Photo Credits:  Courtesy CityView Magazine/Bryan Allen (distant and close up photos of Gary Wade standing at the lighthouse; photo of Gary and friend with backpacks).