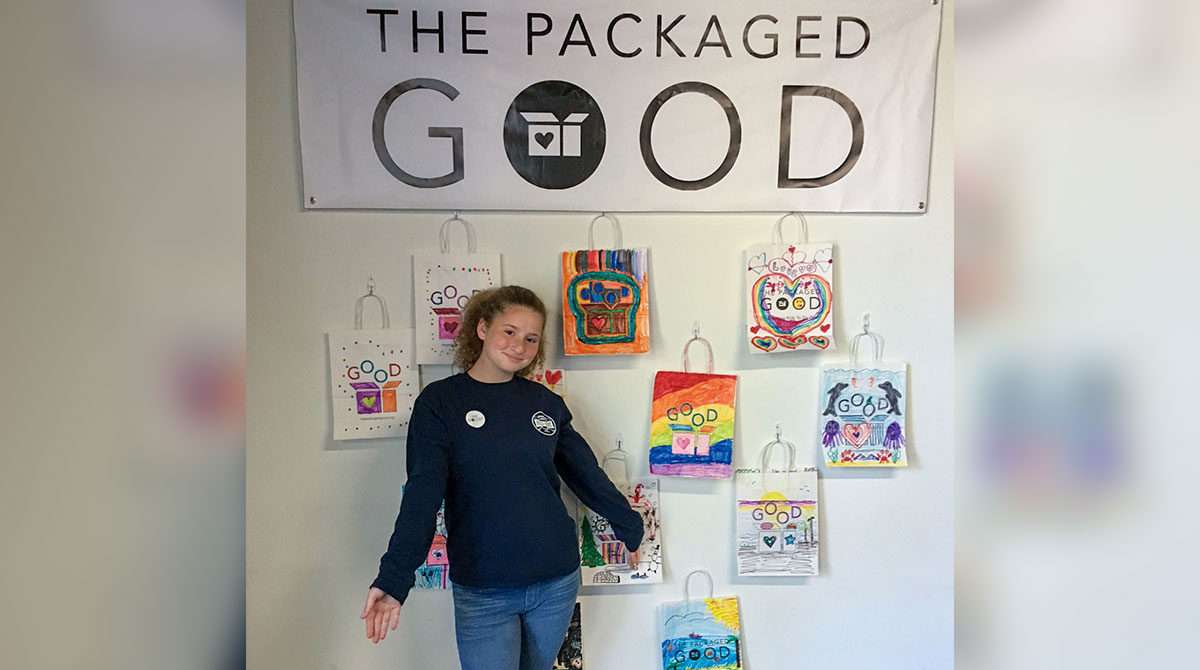 Maddie Fellner Volunteers To Collect Meals For Students In Need

A junior at Dunwoody High School located outside of Atlanta, Georgia, Maddie Fellner leads her community in gathering food donations during the summer for students that rely on school meals.

Maddie grew up in Dunwoody and is now a busy student, serving as vice president of her school’s BETA club. She also stays active through its lacrosse team.

Maddie said that much of her influence to volunteer came from her family: “My parents inspire me so much. They have worked so hard for everything they have, and still serve to help other people. They genuinely care about their community and everyone around them, whether they share the same beliefs or not. They have always shown that kindness.”

She continued to explain her parents’ support and said, “They raised me with these values of ‘we have a lot, so we should be giving a lot.’ I’ve always kept that in mind.”

Maddie has not only been compelled to serve because of her parents’ example, but also through opportunities found in her synagogue, Temple Sinai.

“I was raised with this Jewish value of ‘Tikkun olam,’ which means ‘repairing the world,’” Maddie said. “It’s the religious belief that we are all human, and humans deserve basic things to lead a healthy life. I always thought of it as a motivator to serve others. Even if they’re not the same as me, they deserve help if I’m able to give it.”

Maddie said her synagogue provided her with Sunday community outreach programs, as well as requiring her to participate in a community service project before her Bat mitzvah. She said that the service project she chose to do was her proudest and most long-lasting act of kindness.

“My cousin, Drew, and I did our project together, and we had really been struggling with what to do,” Maddie said. “We looked at a bunch of different organizations and eventually started talking to this one organization called Community Assistance Center.”

Maddie said that the Community Assistance Center shared how many students rely on school lunches and breakfasts in her community, and how that can be a real problem over the summer when the school is not there to provide for them.

“We decided that we were going to make that our community service project. We bought and collected a bunch of food and made these lunch boxes that would feed each student for a week over the summer,” she said. “Drew and I thought it was going to be a small thing, that we were only going to make 10 or 15 bags, but we ended up making about 100 bags. It was such a success that we decided to keep collecting donations and providing meals to students who need them. We still do it.”

Maddie explained the big movement that takes place throughout her entire community every year. She said that people go out and buy food for these lunch boxes; even her local grocery stores lower prices to make it easier for people to donate.

“Since they know how important our project is, local businesses will often provide us with lots of donations,” Maddie said. “And if they can’t give us food, they’ll give us deals where we can buy one get one free. It maximizes the amount of donations we receive so we can maximize how much we’re able to give. It’s honestly one of the best ways for people to give back to the
community.”

Maddie said that at the start of their project, she and Drew had gone throughout their neighborhood and put flyers in residents’ mailboxes explaining what their cause was supporting and where to donate food. She put a box on her doorstep for donations before she went out of town for the week for camp. She expected to have a few donations when she got back; instead, the box was overflowing.

“It was an incredible moment where I realized how much our community truly cares. Even if you don’t always see it, I think everyone wants to help in some way,” she said.

Maddie said she traveled to Washington, D.C., during the summer to help people there who were experiencing homelessness.

“I’ve been very fortunate to go on a lot of trips and to travel throughout the country, and one of the things I always notice is the large homeless population,” Maddie said. “In D.C., we made a bunch of supply bags and we brought them to a park where there was a high rate of homelessness. We gave them out, but we didn’t have enough bags for everyone. At that time, it did feel kind of hopeless–like whatever I did, there was never going to be enough supplies or money or time to get it all done and help everybody. But the feeling of ‘what can I really do as one person?’ is something everyone experiences. That’s why it’s so important to get involved.”

“Every time I finish a lunchbox, all I really want to do is make another one,” Maddie said. She shared that it is one of the greatest feelings, the sense of accomplishment she gets from serving others. Maddie said she has become a much more grateful and perceptive person since becoming involved in volunteer work.

To the person who is considering volunteering, Maddie says this: “As much as it feels ‘what can I do as one person?’ each person that you help, you really make a huge difference to them. The littlest things can mean the absolute world to whoever you’re helping–even if you’re just donating a box of granola bars, that might be someone’s meal for the day. It could make all the difference to them. One of the most beautiful things about volunteering and doing community service work is that it’s on your time; it’s whatever you’re able to give. If you’re able to give 10 minutes a day, then that’s incredible. If you can give an hour, then that’s also incredible. It’s less about how much you can give and more about the fact that you’re giving.”