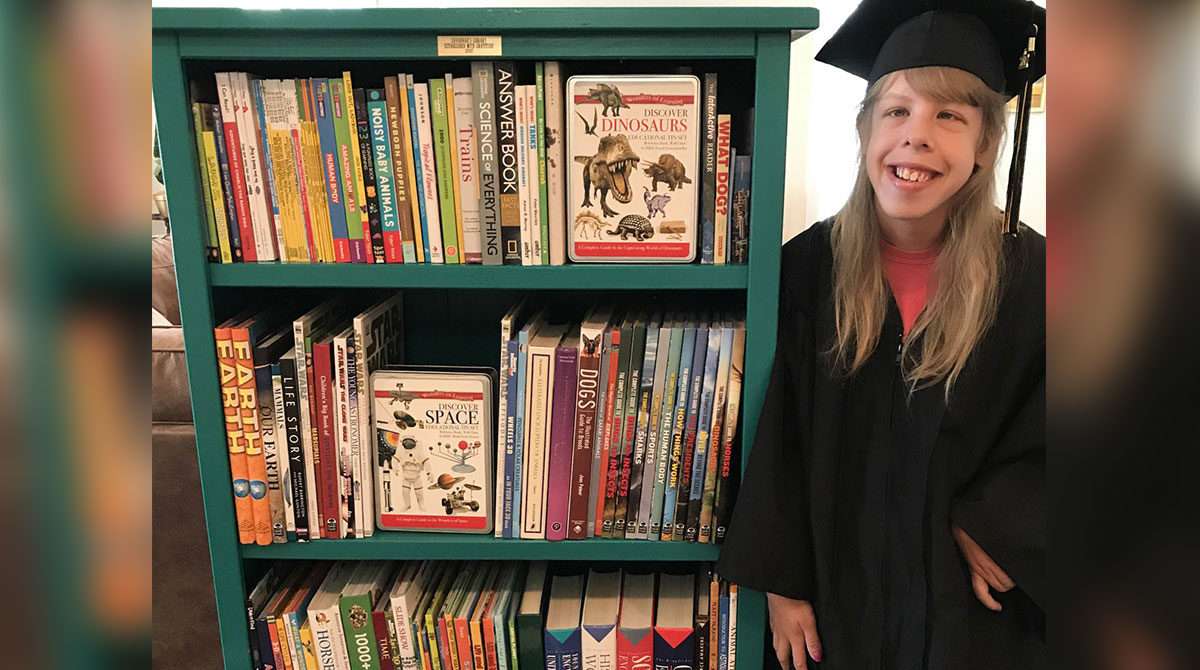 Philanthropy For The Thompsons Is A Family Tradition

When Lance Thompson landed a job in Myrtle Beach in 1985, he said he learned quickly about all his new community had to offer. What his community soon learned about him and his growing family, however, was how much they would have to offer it in return.

Now in his 34th year with The Jackson Companies/Ocean Lakes Family Campground currently as vice president and general manager, he and his wife Marjorie, director of donor relations at Coastal Carolina University, and daughters Chandler, 27, and Savannah, 23, have become staples in the philanthropic community inspiring others to volunteer and support important local and regional causes.

“Our family has always felt it extremely important to give back to the community and find ways that you can have a positive influence and make a difference,” Lance said. “Our philosophy has been to find something about which you are passionate and support it to the fullest extent of your abilities.”

Both Lance and Marjorie were born in Charlotte but they did not meet each other until they attended the University of North Carolina Wilmington. Lance’s dad worked for Burlington Industries and they moved a lot. Lance said one thing was always constant in his family and that was community involvement.

Marjorie’s parents were both scout leaders, she said, and community involvement was a natural part of her home life. “I had the opportunity to grow up and be around a family that was involved in the community,” she said.

When Lance was a senior attending college on a tennis scholarship, he met his future bride who was then a freshman. Their relationship grew as Lance completed graduate school at Clemson. Marjorie said she loved Wilmington where she had family but when Lance’s career path looked like it would lead him to Myrtle Beach, she was ready to follow him.

Joining the Ocean Lakes family as a recreation director, Lance said he thought he would be in the starter job for about three to five years but life had a different plan for him and his young family. After she graduated, Marjorie took a job as a recreation therapist for a local hospital and later worked in recruitment and volunteer services at Loris Hospital. As their family grew to include two daughters, their lives began to change and become even more entrenched in a very supportive community.

Savannah Thompson was born with Williams Syndrome, a developmental disorder that can affect many parts of the body including mild to moderate learning problems. For Savannah, it also affected her heart causing a narrowing of her aortic artery. When she was almost four, she had her first surgery where complications caused her to go into cardiac arrest. Oxygen deprived for 20 minutes, she suffered brain trauma and was in a coma for almost a month. Just when doctors gave the parents no hope of a successful outcome, Savannah fought her way back and has continued displaying the fighting instinct that has won the hearts of every individual she has ever met.

Due to Savannah’s extensive stay at the University of South Carolina Medical Center, the family spent many nights in the Ronald McDonald House of the Carolinas. Thanks to this support, they were able to be close to Savannah at an affordable cost when they really needed it. So, their family has continued to payback this nonprofit that helps so many families facing a child’s medical crisis. Savannah has been a large part of this. On her 16th birthday, she asked people to bring donations for the Ronald McDonald House rather than gifts. She was able to raise $2,500.

Continuing that support was Chandler. Her dad said when she went to undergrad school at Clemson she chose to join a sorority whose philanthropy supported the Ronald McDonald House. “She chose the cause that is so near and dear to our hearts,” he said.

Though Savannah has faced many struggles in life, her infectious smile and positive and giving attitude has won many hearts.

“One of the things I am most proud about with Savannah is that over the years she has been one of the most giving people,” Lance said. “On her 18th birthday in late November, she decided to do a toy drive because children in this community didn’t have much for Christmas. We took two carloads of toys to WPDE TV-15’s toy drive. When she graduated from Socastee High at age 21 from the special needs program, she asked that books be donated back to the school instead of gifts so they now have Savannah’s Library.”

Today a sophomore in the LIFE Program at Coastal Carolina University, Savannah is the inspiration for the Savannah Thompson Humanitarian of the Year Award and Savannah’s Playground at The Market Common where children of all abilities can play.

Savannah said she enjoys giving back to the community. “I like being involved because I make new friends. It is fun to give back and make people happy,” she said.

Her mother calls her, “kind of an awesome chick.”
“She is really an unselfish person who likes to help others and it comes from the heart,” Marjorie said.

Passing on the tradition

The family has been involved in so many community and leadership projects from chairing United Way campaigns to supporting nonprofits like The Miracle League, to hospital or other leadership boards of directors. Their philanthropy has earned the husband/wife team the Ann DeBock Leadership Award through the Myrtle Beach Area Chamber of Commerce’s Leadership Grand Strand program.

Chandler, who is now married to Dustin Cox and lives in Greenville, S.C., remains just as involved in philanthropy as Savannah and her parents.

“I was lucky to have great role models in my parents who encouraged me to start getting involved at a young age,” said Chandler, who earned a master’s degree in real estate development from Clemson University and works as a project manager for Hughes Development Corp. “I’ve learned that the more you give to the community and to others, the more you will benefit from those relationships. When I moved from Myrtle Beach, finding places to get involved and volunteer in the community led me to find great friends and mentors while being able to help others along the way.”

Summing up the family’s reasons for staying involved in philanthropic activities, Marjorie said: “I think by giving time, talent or treasure – each person, in their own way, can make a difference. Being involved and invested are both wonderful ways to impact our community.”