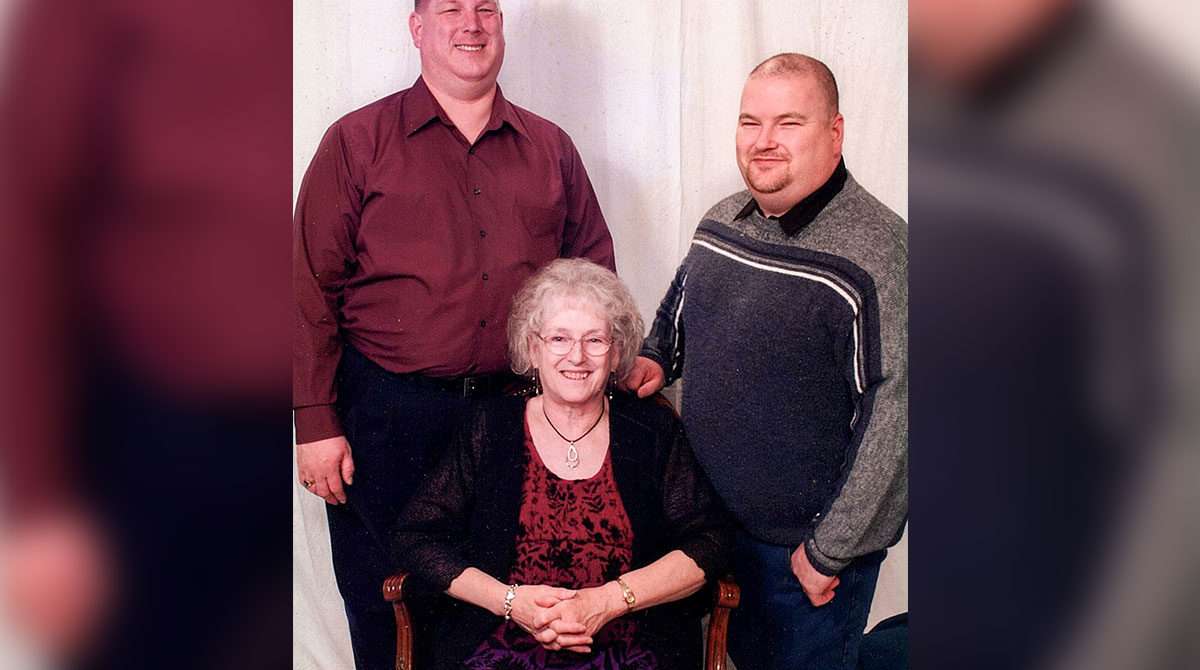 A resident of Myrtle Beach, South Carolina, and member of Palmetto Shores Church and Christ United Church, Joyce Lincoln is an active volunteer at J. Reuben Long Detention Center and is very passionate about spreading her faith with the inmates.

Joyce grew up as an “Army brat,” having moved about 25 times once she reached junior high school. She married at the age of 18 and lived with her husband, a firefighter and ambulance technician, in Connecticut. She had her first son at 20 who only lived nine days due to birth defects but inspired Joyce to become involved as a Girl Scout leader. Her leadership experience led her to other volunteer opportunities, enabling her to minister to those involved in emergency services.

Joyce later had two other sons who continued the family tradition of serving their communities — Matthew, a firefighter and paramedic in Myrtle Beach, and Bruce, a judicial marshal and EMT in Connecticut and part-time police officer in Massachusetts.

While living in Suffield, Connecticut, Joyce had the opportunity of becoming the chaplain to the police department, volunteer fire department and Suffield Volunteer Ambulance Association. This grew her appreciation for those who work in the emergency services. Joyce said she had never met a more dedicated group of individuals than the law enforcement and emergency services personnel. Even now, supporting those workers spiritually is a cause about which she is most passionate.

“We don’t tend to think about them until we need them, but they need all the help spiritually and emotionally they can get,” Joyce said.

Joyce and her husband, Chuck, also helped to create a barroom ministry while living in Connecticut. Once the bar found that Joyce was a talented speaker and had many titles in the Episcopal Church, they decided they needed a “preacher.” Joyce said it was never originally on their minds to start a ministry, but many of the frequenters of the bar were Vietnam veterans, troubled and in need of prayer. She added that often someone would come up, sit beside her, and say, “Preacher, let’s go to church.” The two would then head out to the back step, the only quiet place to talk, and have the opportunity to speak and pray on the step that became known as “church.”

The bar provided Joyce the upper room for worship services. The bar’s band would perform worship music. That would be their service along with a message from Scripture that was relevant and often based on gospel or faith based country music songs.

This ministry lasted almost 15 years, from about 1992-2006. Joyce said it was a wonderful opportunity to be able to touch the lives of those veterans who truly needed it through worship in an unusual place.

“I was brought to Myrtle Beach by a call to ministry from God,” Joyce said about her move south.

She had come down several times to see her son, and on one of those visits he told her they were going to look at apartments even though she had not really considered moving because of her obligations back home. She spoke with her son’s pastor at the time (now her pastor) Ronny Byrd at Palmetto Shores.

“He explained to me how sometimes, when we’re unsure, when God really wants us to do something, He’ll begin to shut down the things that we’re involved in; the things that are keeping us from making that choice,” Joyce said.

Joyce said she kept this sentiment in her heart as she continued to consider a move. On another trip with her daughter-in-law to the beach, Joyce decided that if she could find three shark’s teeth in the span of her three-week trip that would be God’s sign–His way of telling her to move. In all of her trips, not once had she been able to find a tooth. However, in her first 30 minutes of walking along the beach with her daughter-in-law, she found 12.

A clear sign from God to her, Joyce said she began to explore her ability financially to make the move, the main thing that was holding her back. At the time, she was doing home sale jewelry parties, and she had not had a booking in a few months. As quickly as she had returned home, Joyce had parties booked for nine months, providing her with the funds she needed to move. After that, all those from June through September backed out of their parties, enabling her to make the move on June 1, 2012.

Every Sunday now, Joyce and three other volunteers with New Horizons Prison Ministry led by Pastor Randy Stewart and sponsored by Christ United Church visit J. Reuben Long Detention Center in Horry County to minister to the inmates awaiting their court dates. Joyce said the group she disciples has led 40 individuals to come to Christ and one of those they had ministered to for a long time felt called to start his own Bible study. That group now comes together on its own every day in a meeting room opened by the detention center staff. They have had 13 of their own be saved, she said.

“Becoming involved in the ministry was just one of those things God orchestrated,” Joyce said. “Years ago, at a meeting at Christ United, Ed Jenkins had been giving a talk about starting this program for prison ministry and he needed support and people to volunteer to be part of it.”

Joyce said her hand went straight up without her ever intending to raise it, and she physically could not bring it down. She said God wanted her to be involved. The program began and ever since there have been amazing stories of success with the inmates.

Joyce told of a believer of another faith that converted to Christianity, and a man who always came into their ministry extremely angry. He would come in with his arms crossed and an annoyed look on his face, and just sit there listening. Joyce said that about the third week he came in and said, “I figured something out.”

She said he showed them a bookmark they had handed out previously, one with a Bible study on it. He said that if he went through the study six times, that the last day would be his release date. So, that is what he decided to do. Joyce talked about the way his eyes were opened throughout the process. He told her he felt God was speaking directly to him. He wrote to his wife explaining how he had not been the husband and father he should have been and that he would change that when he came home. He realized he needed to be a biblical father and husband. His wife wrote him a letter back. Joyce explained how you could see the tear stains on the paper because his wife was so happy and so excited to have him home. Joyce said once he returned home, he began attending church and is now a dedicated youth pastor.

To those who want to become involved with the prison ministry, Joyce said to contact her or Rev. Stewart at Christ United Church and they can help those interested begin the orientation process.

Joyce said she finds that God works through her visually and that she is frequently led to express her faith through artwork. She said oftentimes people are not brought to Christianity one specific way.

“I’ve had the privilege of seeing how God works. You don’t need someone to force you to believe. People respond more to how you act and live out your faith than what you say. I’ve been trying to fit my life to be more action-oriented and Christ-like. I used to preach all the time, but I’ve found that expanding in other ways, that your actions can change others’ lives,” she said.

Joyce has been influenced to stick with her faith and continue to disciple by her current pastor, Ronny Byrd, and also by her former pastor, the late John VanBrederode in her Episcopal Church in Connecticut. Although he has since passed away, his influence early in her life and his commitment to challenge her has always stayed with her. Joyce said you never know what will stick with someone during his or her walk with Christ and that his influence has always stuck with her.

Oftentimes, Joyce is asked how she can still believe with all of the hardships that God has allowed to take place in her life and she responds, “If it wasn’t for having God in my life, I never would’ve survived some of what I’ve dealt with. God doesn’t cause us harm. He promises to walk with us through the storms.”

When asked if she had a message to share, Joyce said, “Take time to listen to God. Many of us are very good at praying to God and reading Scripture, but we don’t always stop and open up to hearing what God is trying to tell us.”