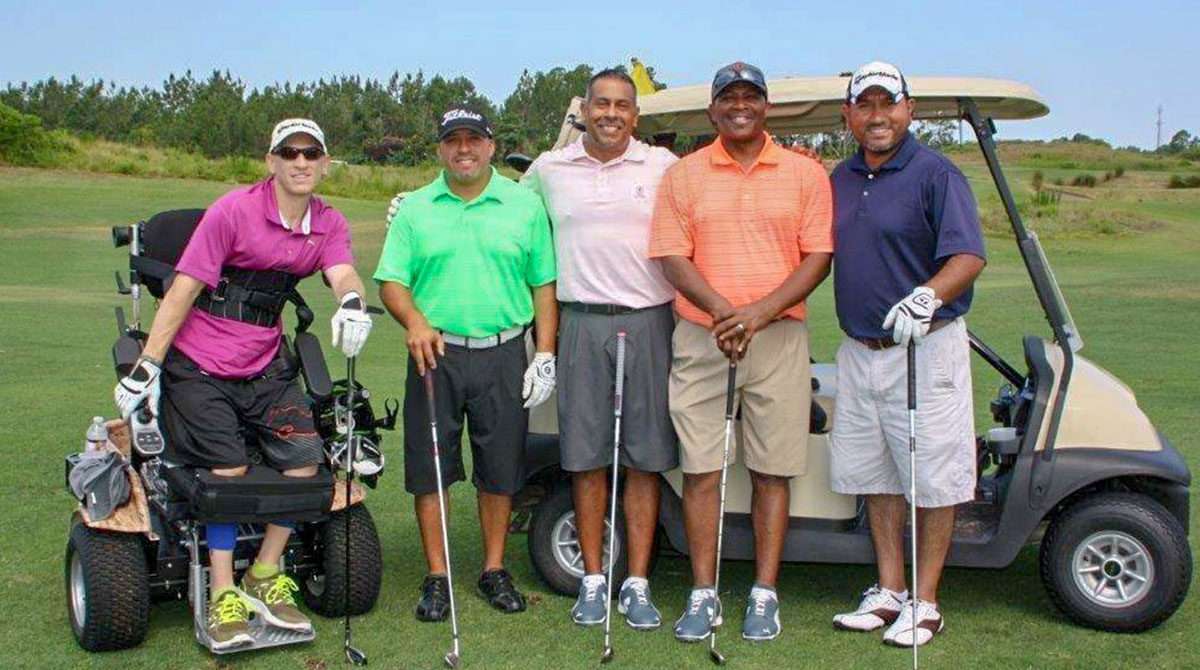 Christopher (Chris) Aranda knows all too well the post military needs of a combat veteran. Having served in Iraq for a year just before his retirement in 2004, he has dealt with many of the same demons that plague thousands of American veterans. His way of dealing with these issues upon retirement was to throw himself back into the military community where he could work with his fellow veterans on the job and as a volunteer.

Through his position with the Myrtle Beach Vet Center as an outreach program specialist, Chris said he found his “comfort zone.”

“While in the military, I was a personnel liaison for the unit working closely with the soldiers and attending to their needs. When I retired after 20 years, my transition was a little difficult. I was missing being around soldiers and caring for soldiers,” Chris said. “My duties now fill that void I was feeling after retirement. That is why working with the VA is so important to me.”

Chris Aranda grew up in Adrian, Michigan. He entered the U.S. Army in 1984 and during his military service, he was stationed at Fort Knox in Kentucky, 7th Infantry Division at Fort Ord in California, did a tour of duty in 2nd Infantry Division in South Korea and was stationed in the 25th Infantry Division at Schofield Barracks, Hawaii. At one point, he suffered a severe Achilles tendon injury and was sent to Myrtle Beach to work with the reserves while he healed. He moved his family to the area and they decided to make it their permanent home.

“I was still on active duty while injured and upon recovery, 9/11 [terrorist attacks] happened so I redeployed back to the regular army,” he said.

By then, Sgt. 1st Class Chris Aranda was deployed into combat in Iraq from Fort Stewart, Georgia, with the 3rd Infantry Division and the 7th U.S. Cavalry. During his year in combat, Chris said he “engaged in heavy combat.”

“I was with a cavalry squadron, 7th cavalry known as Custer’s Cavalry, and we were the lead element into Iraq during the initial invasion. We were seeking and destroying the enemy and I brought home demons with me even after 20 years of military service,” he said.

Finishing his career with a year of combat duty produced a lot of mental and physical distress for Chris who had chosen his life’s work to be in military service. He returned to his family in Myrtle Beach and found his place with the Department of Veterans Affairs and the Vet Center. In his job, he is able to help struggling veterans like himself by identifying their needs.

“Every day is a tough one,” Chris said. “We encounter veterans struggling with PTSD (Post-Traumatic Stress Disorder). It is not an easy task but it is rewarding. I am able to see the transformation and the positive change we are providing.”

The VA Center located at 21st Avenue and Robert Grissom Parkway in Myrtle Beach, like other VA Centers across the United States, offers readjustment counseling through its community-based center to help reduce the high suicide rate among veterans. Other free services are offered including counseling for sexual trauma encountered while in the military and bereavement counseling.

Chris, however, said there is never enough financial help to meet all the needs and 10 years ago, he ventured out to find a way to provide more funding to help local veterans.

An avid golfer himself, Chris founded the Tee-Off for Veterans Golf Tournament that has raised $12,000 to $15,000 a year since its inception.

“That money stays local to help local veterans and it sustains us for the year,” he said. “There is a lot of community support because they know the money stays local. There is not a day goes by that I don’t come across a veteran that is homeless. This money can go toward housing or getting them something to eat. We have even put a roof on a veteran’s home.”

Chris said he works with local donors like Monarch Roofing and partners with other veteran service organizations in the community including the American Legion, Blue Star Mothers and local veteran motorcycle groups.

“During my off-duty time, we raise the money locally to take care of our veterans right here in our own community. Working with VA, I immediately identified needs for our veteran community, which includes transportation just to get the veterans through the door as well as the financial needs veterans and their families may encounter during tough times. I interlink the golf tournament to nonprofits caring for veterans and we work as a team disseminating finances throughout the community and providing to those in need,” he said.

“The money reaches a lot of hands and touches a lot of folks,” Chris said. “Our supporters help keep the golf tournament going because they know its purpose.”

With this year’s July 6 tournament at the Tournament Players Club in Murrells Inlet, the Tee Off for Veterans event will exceed the $100,000 mark since its inception, Chris said. The money has helped those veterans who have lost everything “when the symptoms of combat have taken over.”

Chris said hosting the golf tournament every year and raising money to help local veterans is therapy for him.

“I endured a lot and it is very therapeutic to help someone during the course of your day. It is better than any medicine you could offer me,” he said.

To learn more about what the VA Centers offer, visit www.vetcenter.va.gov. To join the other golfers who will help raise funds to care for veterans across the Grand Strand on Saturday, July 6, visit their Facebook page at Tee Off for Veterans.