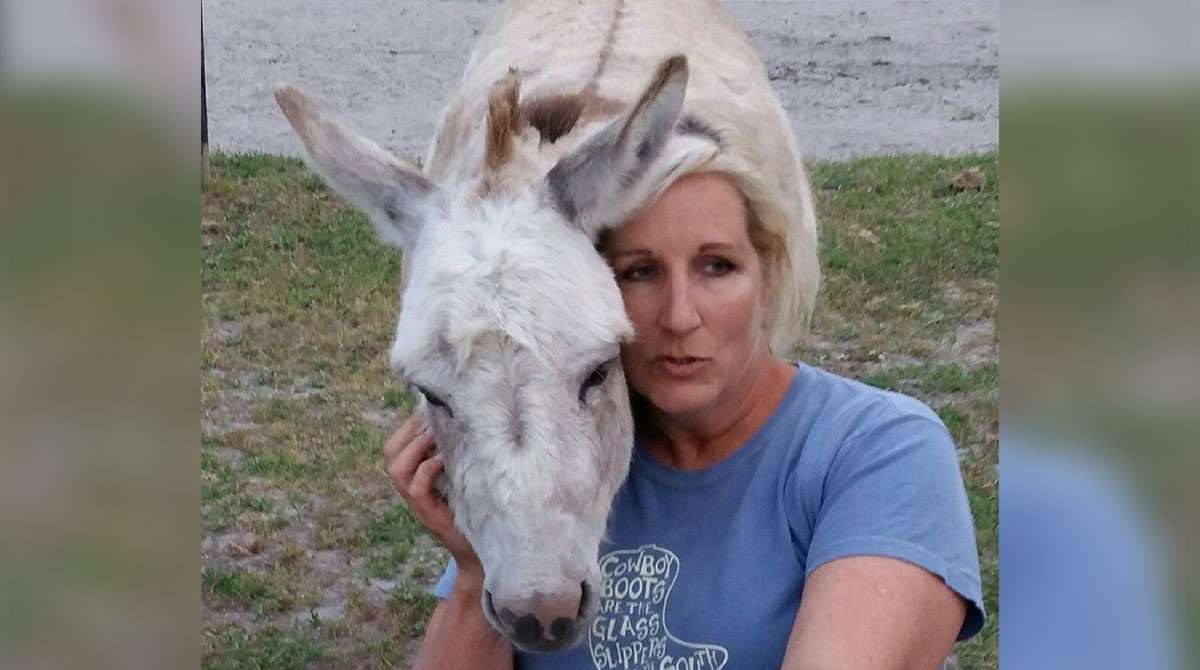 Sue McKinney’s own personal experience with sexual abuse and a family tragedy full of heartache that needed healing led to the establishment of a therapeutic equine program that has helped hundreds since engaging its first clients in 2013.

A resident of Horry County, South Carolina, Sue provides program development and volunteer training for Barnabas Horse Foundation. Barnabas, which means “the encourager” in Hebrew, is a nonprofit therapeutic equine program built on the love of horses and children and a determination to help victims in crisis find a path to a better, more peaceful life.

FOR THE LOVE OF HORSES

Born in California where she lived until age 11, Sue always had a love of horses but never had one. In 1975 when her dad made a career move to South Carolina, Sue said she was plotting ways to run away from home so she would not have to leave her friends and move to a place where “everyone talked funny.”

“My dad made a deal with me that once we got to our new home, I could have a horse. That got me on the airplane,” she said.

Staying true to his word, her dad arranged for riding lessons and Sue received Ebony Rebel, a quarter horse she kept for many years until its death. The horse, she said, not only became her best friend but helped her through some very dark times in her life.

“She was my saving grace,” Sue said. A sexual abuse victim since age 4 by a relative — although her parents had no idea until Sue revealed it as a grown adult — she felt safe when she was with Ebony Rebel.

“I felt like the world couldn’t touch me when I was with my horse,” she said.

Eventually Sue was into horse shows. When it came time for an education beyond high school, she spurned traditional college to attend Devan Technical Institute in Ohio to study horse farm management. There she lived and worked on a farm six to seven days a week with 300 horses and learned from various horse trainers.

Sue’s perpetrator had been dead 11 years and she said she had been sober from drugs and alcohol for a year before she revealed the news about her sexual abuse to her family. She was 27 years old at the time.

“My mom started asking other family members and found this man had assaulted others,” she said. She said she has been amazed how trauma affects the brain and how people are so unaware.

While her perpetrator lived in another state and she only saw him on family visits, she said he stalked her always trying to get her alone. She recalls attending his funeral and crying from relief that she was finally free of his advances.

“The effects of trauma can be long lasting,” Sue said. “It led me to alcohol and drug addiction.”

While Sue’s life took her to Florida for a number of years where she married and had five children, she eventually returned to Horry County where she got a couple of horses. Unfortunately, tragedy struck and someone very dear to her became a victim of sexual abuse. It was another dark time in her life but when she saw how working with horses helped that person, she realized God had a plan.

“I saw how horses helped, which gave me clarity to a vision I had about what I was supposed to be doing with horses and helping people heal from trauma,” she said.

It was then that she started Barnabas. “This is not my foundation but God’s foundation. Our purpose is to encourage hope and healing through fellowship with horses,” she said.

Using a team concept combining horses, equine professionals and counselors with clients, Barnabas Horse Foundation was birthed. The organization was founded through personal heartache, the knowledge that horses can feel human emotions and because “horses are just good for our souls,” Sue said.

The vision of the nonprofit is to “facilitate healing of the mind, body and spirit through the grace and strength of the horse.” Its mission is to “provide equine assisted therapy for individuals and families recovering from a traumatic experience and/or to improve the quality of life of children and adults with disabilities through human and horse interaction.”

Sue could not have imagined how rapidly things could change in her life. She and her husband had purchased land but lost it during the economy downturn. By then, she had two horses and a friend had three. The friend offered her property and after one year there, some property was found that became home to the programs.

“We found a farm and have been there six years. God’s intervention all along has been phenomenal,” she said. “A second farm serves as our equine assisted learning program for veterans and also our special needs therapeutic riding center.”

The work of the Foundation boomed due to the needs in both Horry County and nearby Georgetown County. Reaching out to help individuals in various types of crisis, Barnabas grew from its initial purpose in 2013, to include three other programs.

In 2014, the board of directors realized a growing need for serving women in crisis, so the organization collaborated with the local Rape Crisis Center. In 2015, the Foundation created a veterans’ program. Today, every Monday is Veteran’s Day at the farm. The program helps veterans who are battling post-traumatic stress disorder. Sue said that due to the rapid growth of the program over just three years, the board decided to focus on the initiatives they had begun. However, when she and another volunteer decided to seek certification as equine specialists in mental health and learning, yet another program was added.

After volunteering at Bethlehem Therapeutic Riding Stables, a Christ-centered therapeutic riding center where they worked with special needs riders and wounded warriors, Sue gained unanimous approval from the board to begin a therapeutic riding program for those with special needs. Now offered throughout the week, the program is also available on two Saturdays a month for riders and non-riders. This sparked a sister program relationship with Bethlehem that allows sharing of knowledge in equine assisted therapies.

The Barnabas Horse Foundation could not have grown without the dedication of Sue, other volunteers and grant funding. It was established as a 100 percent volunteer run organization, Sue said. Sue said a little over three years ago, a state official approached her. They toured the facility and learned about all the programs. They asked why she had not sought state grant funding for the programs.

“I said, ‘We’re just a bunch of cowgirls.’ I didn’t know how to write a grant. I was told we could get money for office supplies but we didn’t really need that. So when they found out that nobody was paid staff, we learned there were grants that would pay us for what we were already doing and what we loved doing. So, we wrote for the moon and received money to increase our sessions from 60 to 135 in nine months.”

Thanks to grant funding, the Foundation now offers 160 psychotherapy sessions a month with 11 counselors and four full-time and two part-time staff. Funding comes from the Victims of Crime Act or VOCA. Although licensed counselors charge for those services, Barnabas does not charge on the horse side, Sue said.

“We give them another modality for their therapy that is a faster pace of therapy. After our first year, we started using The Natural Lifemanship Institute model, a science that is proven to work. I am proud to say we have the only alternative therapy program in the State of South Carolina where staff is paid by VOCA,” Sue said. “This is huge for us.”

Funding also comes from the Waccamaw Community Foundation. Since 2015, the WCF has awarded a cumulative $10,000 in grant funding to Barnabas by sponsoring one of its 29 therapy horses. Each horse has its own story because most are rescues and many suffered their own type of trauma. Sue said that funding is important because there is no charge for equine-assisted therapy.

Sue said the organization could not operate without its volunteers. There are 76 volunteers with 20 to 25 working regularly every month helping with everything from special events to mucking out stalls. They cannot accept any more rescued horses due to space, she said, although she gets calls almost weekly when an abused animal is located.

Sue said never in her wildest dreams could she have imagined where Barnabas would be today. “I can’t wait to see where we are in 10 years,” she added.

The Barnabas programs have been recognized by Coastal Samaritan Counseling Center with its Ethical Business for Nonprofits award. Its programs have received numerous safety awards and have been nominated for and landed in the top three of the Myrtle Beach Area Chamber of Commerce’s Nonprofit of the Year awards.

She desires to have a bigger property where all the Barnabas programs can be held. “We are out of space. Our dream would be to have one piece of property for both Horry and Georgetown residents.”

Sue said shame often keeps victims from opening up and talking about their abuse and how it affects their lives. “Out in nature is where they start to find healing,” she said. “It allows them to get to an emotional state in their brain and that allows the healing.”

For Sue, work is a passion. She continues to work five to six days a week, most often spending 65 hours a week at work.

“I love what I do. I get excited to share my passion. When you see someone come through the other side and learn to deal with their issues, it is powerful,” she said.

While some of the sessions are confidential, Sue welcomes visitors to the New River Road farm located at 4533 New River Road in Murrells Inlet where some of the programs are held. More information is available at BarnabasHorse.org or by calling 843-241-3331.