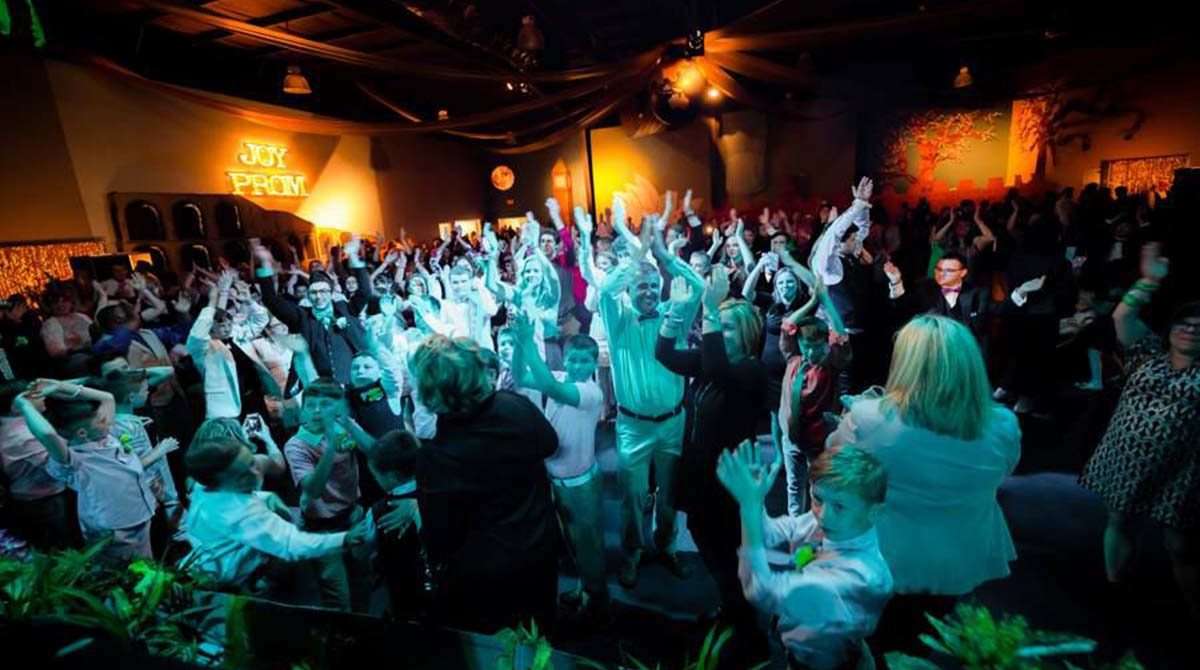 Taught By Example, Dave Moen Learned To Never Say No

Dave Moen said his father instilled in him to never say no when he was asked to do something.

“My dad’s rule with us was if someone asks if you can do something, your answer should be yes and if you don’t know how to do it, go learn,” Dave said, recalling the lessons of his youth. “He didn’t want us to be limited by our choices.”

So, when the pastor of Beach Church asked if he could lead his church’s special needs ministry, Dave answered with a yes.

“Oddly enough late in life I remember him giving up a lot of his time for palliative care so he could go teach garden therapy. It was such a strong lesson to sit back and watch that. He was actually very sick but very stubborn. That is who I get that from,” Dave said.

An IT professional that works on computers and networking within the mental health profession and is himself stepping down from his volunteer church position due to health concerns, said his dad was always at the center of every church project.

“He was always giving of himself to everybody, never expecting anything in return,” he said.

Although he was born in Iowa, Dave spent his youth and young adult years in Canada where his family moved when he was only one. Dave was always fond of the Myrtle Beach area, where his uncle was commander of the Myrtle Beach Air Force Base before it closed. As an adult, Dave made many trips to the area to play golf and get away from excruciatingly cold winters.

GETTING INVOLVED IN PHILANTHROPY

After moving back south, Dave said he became involved in the hospitality industry. While listening to the radio one day, he heard about an organization seeking a corporate sponsorship to help provide Christmas gifts for the children of parents suffering from AIDS.

“I turned to my boss and told him they were asking for a corporate sponsor but no one was stepping up,” Dave said. “He agreed that whatever we [employees] could raise, he would match. I’ve always been the kind of person that if you give me a challenge, I’m going to meet or exceed that challenge.”

Dave did not stop with his boss. There was a real estate company housed in the hotel lobby where he worked and he got that owner to agree to make a match as well.

“It became even a bigger challenge. When we raised $700, they were surprised but they matched it bringing the total to $2,100,” he said.

Ironically, Dave said the organization was only seeking a $500 corporate sponsorship. “Not one company in this area would come up with the $500 but the staff did,” he said, giving the employees full credit for working together for such an important cause.

“That sort of became the gateway moment,” he said. “It wasn’t about me. It was just something I did. I held the envelope. It showed me, however, that one person can make a difference. You just have to be the person willing to pull things together.”

At Beach Church, Dave said he heard a lot about serving.

“I thought, ‘I don’t know what you need, but I’ll do it,’” he said. What the church needed was for someone to lead the special needs ministry.

“I didn’t know a lot about special needs. No one in my family had special needs but what God tells you to do, there is a reason why he puts you somewhere. So, I began the journey. They needed a strong voice. Families go through a lot. Seeing a sick child, there is never a good answer. So, I began a mission of my own to learn as much as I could.”

Dave said while many people shy away from special needs children because they don’t want it to affect them, he made the decision to allow it to affect him.

Building on the special needs program, Dave said, “We took it to another level called inclusion.”

“That was the ultimate goal. We wanted more for them. Just because a child has autism does not mean they should not be included,” he said.

Hearing about a model program called Joy Prom, Dave and the church used the model as a vehicle of inclusion. With the help of a few in the beginning, Dave put together a Joy Prom that has grown from including the church’s special needs children to being open to the community. Bringing in hairstylists, makeup artists, prom gowns provided through another nonprofit called Katie’s Project and special guests dressed as celebrities, the church literally rolls out the red carpet with the Conway High School band leading the parade down the red carpet to the Adventure Beach Building each March.

“I can remember every moment of almost every prom,” Dave said. “Joy is the word. It is an opportunity to do what should’ve been done and these children deserve. They didn’t pick their afflictions.”

Now a community event, Joy Prom includes some 200 volunteers plus a combined 375 children, parents and siblings who are along to help but also to enjoy what is often a very important and exciting first for each child. The event is so large, there are now two proms held in one day to accommodate the numbers. Dave said the church has accomplished the goal of making the importance of including special needs children in everyday, normal activities very visible to the community.

While Joy Prom is what Dave calls the “Super Bowl” of the special needs program, the church also offers Parent’s Night Out on a routine basis.

“We wanted something more substantial. The prom is just one night but the parents need time to relax, go out or do something for themselves. We have people trained to help with the kids. It is our way of saying ‘we get it, go in peace and not worry for an evening,’” he said.

Stepping away from organizing Joy Prom after more than a dozen years Dave said is “bittersweet.” He takes comfort in knowing that his successor is someone who has been part of the team for the last several years and he is leaving the program in good hands.

“Jenn [Hampton] reminds me of me,” he said. “She has a really big heart. She has embraced the program and it has been inspiring.”

Dave said he is proud that he has been a part of making a difference in the lives of individuals who need that extra helping hand. He expands on that role by serving on the board for the ARC of South Carolina.

“We made a decision at our church to try and make a difference,” he said. “It is important to know that it is not just me. Every year our goal is to provide the prom of a lifetime because it might be the last time they get to come back,” he said, noting that health issues can arise that prevent further participation. “It is our way of letting people know we love them.”