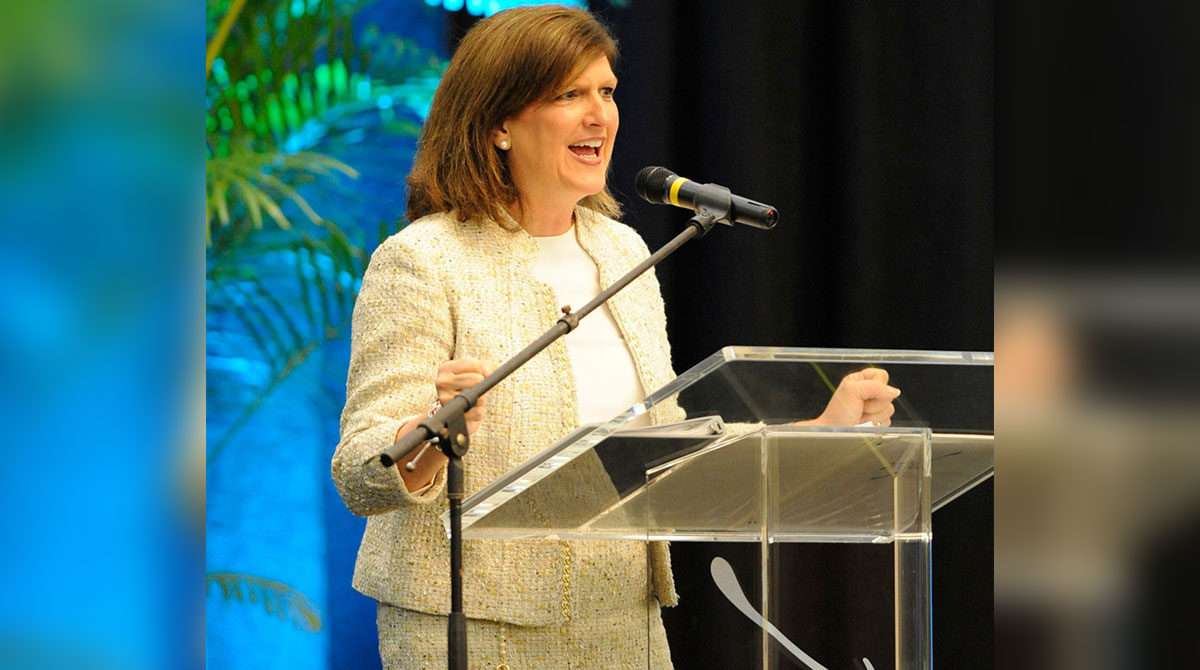 As one of six children growing up in Baltimore, Md., Terri DeCenzo learned at a young age that volunteering was of great importance in developing characteristics that increase awareness of those less fortunate.

“My father was a consummate volunteer and I always respected that he never said no,” said Terri, who now lives in Pawleys Island, S.C. “He served the church, our school, our recreation leagues and the hungry. He was president of a bank, but he would serve lunch to the homeless in Baltimore during his lunch time.”

Terri said she kept that tradition of service that she learned from her father throughout her college years and even after becoming a parent herself to four children.

“I served at Our Daily Bread as well as at Beans and Bread in Baltimore City at least twice a month. A poignant and unforgettable moment for me was when a homeless man got up at the end of the blessing and thanked God for those of us serving them. His sincere and humble gratitude continues to inspire me today,” she said.

Just as her father had passed to her the importance of serving others, Terri shared her philanthropic beliefs with her children. Together, they organized coat and blanket drives for Baltimore’s homeless population. When they moved to South Carolina, she continued to seek volunteer opportunities.

“I met some of my dearest friends volunteering with Habitat for Humanity and as a senior youth leader for our church. I became involved with organizing Christmas parties and presents for children with disabilities in Georgetown County. As an outgrowth of this ministry, I worked with the Juvenile Detention Program in Georgetown County to mentor and guide teens who had made poor decisions so that they could avoid incarceration.”

Developing a network for women

When her husband, David DeCenzo, was named president of Coastal Carolina University, Terri was serving on the local American Red Cross Board of Directors, the Tidelands Health Foundation Board of Directors and several committees.

At CCU and along with faculty, staff and some of the area’s leading philanthropists and business professionals, Terri developed a program in 2007 called Women in Philanthropy and Leadership or WIPL. The goal of WIPL is to “transform the lives of students at Coastal Carolina University and to make a difference in the greater community by leveraging the impact of women and their donations of time, talent and resources.”

Terri led the fundraising efforts toward an endowed scholarship fund and has secured scholarships for students to study Global Women’s Leadership Development at the Washington Internship Institute. Through the WIPL program, women are given opportunities to collaborate and network, learn from community leaders and empower the next generation of female leaders. An annual conference where successful women in leadership roles share their successes is held with the next date set for February 10 & 11, 2020.

To date, WIPL has given more than $300,000 in scholarships and more than $150,000 in leadership development through speakers, the annual conference and sponsorship of programs for women and girls.

“It has been an amazing and rewarding time in my life to see others work hard to fulfill my belief and vision that when we empower women and girls, families and societies prosper. It has been a total group effort and I would be remiss not to give credit to our members, officers and director, Hatton Gravely,” she said.

The program has, in fact, been so highly recognized for its success that Terri was awarded the Order of the Silver Crescent by then Gov. Nikki Haley. The award was presented in recognition of Terri’s leadership, volunteerism and lifelong influence within her region of the state.

The former critical care nurse recognizes her mother as the most influential woman in her life, saying her mother always empowered her to accomplish whatever she wanted.

“She was always encouraging and supportive of my path and my choices,” Terri said. In return, she advises young women to be confident in their abilities to make a difference and to never let anyone dictate their potential or change their course.

In addition to her role with the Women in Philanthropy and Leadership program, Terri serves on the South Carolina State Board of Catholic Charities. Through this program, she is able to work on disaster relief. A part of this program is called Clean of Heart, which builds showers and laundry facilities for the unsheltered homeless of the Myrtle Beach area.

“I mentioned this to an amazing person who is an anonymous philanthropist and he built the entire facility on the hope and belief that we could give the homeless some dignity and hope,” she said.

The meaning of philanthropy

For Terri, giving back to her community comes naturally and is an important part of her life.

She said: “As humans we are all inescapably connected to each other. The world today is in great need of people who serve without reservation and give without expectation; people who genuinely know kindness and empathy and are willing to use these values to make a difference in the lives of others. I believe it is this that will change the world. I recently read these words from George Saunders:

What I regret most in my life are failures of kindness. Those moments when another human being was there, in front of me, suffering, and I responded…

I read this quote often because it touches my soul. When I think about my life, I remember the times I personally failed and it is a great reminder of what we are called to do. Kindness, compassion, empathy–these are gifts we can easily share with others and in so doing transform lives and create a more generous world.”