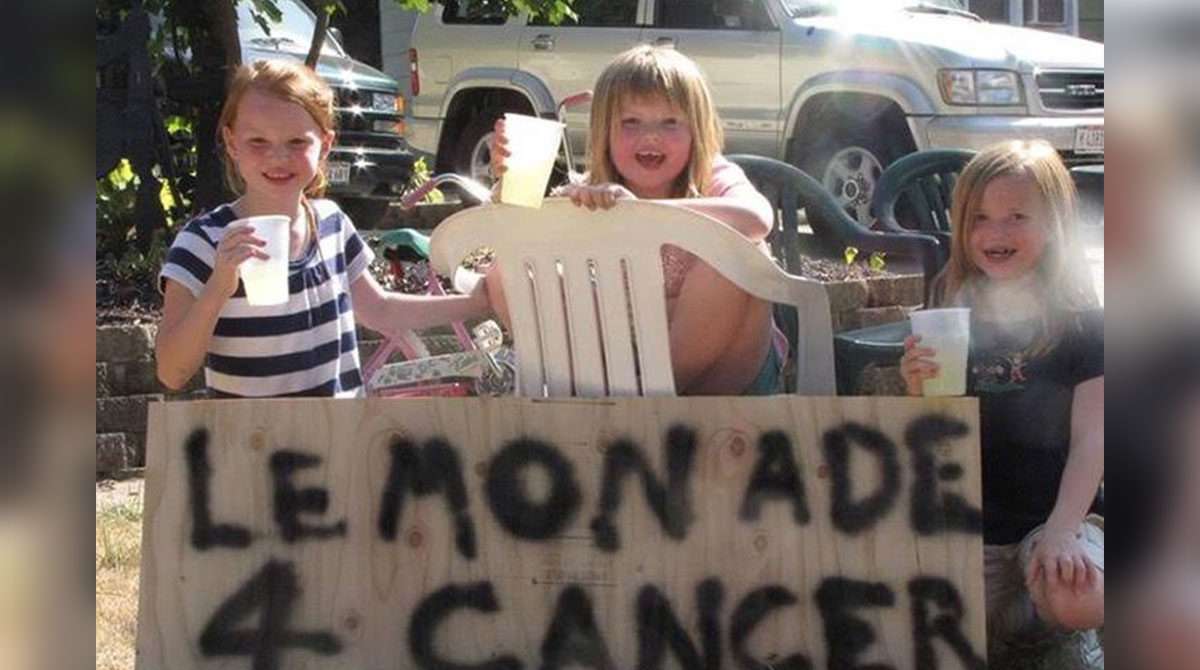 The Dailey Sisters Find Meaning In Giving Back Through Community Service

Anna, Grace and Clare Dailey demonstrate the importance of taking part in service while young through the acts of volunteer work they perform together as sisters. Raised in a household that has always supported the spirit of giving, the Dailey girls came to love community service at an early age.

Natives of Freeport, Illinois, twins Anna and Grace are both sophomores at Freeport High School, while Clare is an eighth grader at Freeport Middle. Grace dances and works at a local restaurant, Anna participates in swimming and bowling, and Clare also swims and helps out with student activities around her middle school.

At the ages of 7 and 9, the three girls began a “Lemonade 4 Cancer” stand in the summer of 2012 to raise money for their local cancer center—The Leonard C. Ferguson Cancer Center at FHN Memorial Hospital in Freeport. The Center offers state-of-the-art treatments for cancer patients close to home that are generally only available at university hospitals.

“We were originally inspired by Alex’s Lemonade Stand,” Anna said. “We saw a commercial on TV and we thought that we could do it, too. We held lemonade stands for two summers after that.”

Anna was referring to Alex’s Lemonade Stand Foundation for Childhood Cancer. The Foundation was founded after 4-year-old Alexandra “Alex” Scott, who was battling a form of childhood cancer called neuroblastoma, raised $2,000 with a lemonade stand in her front yard and donated it so doctors could find cures for childhood cancers. When Alex died in 2004, she had raised $1 million for the cause and had inspired many other young people like the Dailey sisters.

Although their lemonade stand began as a simple way to raise a small amount of money, it was supported so greatly by the local residents that it led them to win the “Future Philanthropist Award” given by the Rockford Area Illinois Chapter of the Association of Fundraising Professionals (AFP) in November 2013. The AFP created the award to celebrate the future “by recognizing young people who have dedicated themselves to improve the community and increase opportunities for others through direct financial support, development of charitable programs, volunteering and leadership in philanthropy.”

“It was really interesting to see how many people in our community were willing to help us and our cause,” Clare said.

Though they were inspired by the success of Alex’s Lemonade Stand to raise money through lemonade sales, their greatest inspiration came from the battle their father, Aryl Dailey, had fought with the disease. They felt truly connected to the cause. Although their father died in 2017, his memory continues to leave a lasting impact on their volunteer work.

Their father had started a soup kitchen at their church, St. Joseph’s Roman Catholic Church in Freeport. He inspired his daughters to take part in community service there. After his death, the church named the soup kitchen after him to honor the efforts he had put forth to bring his daughters and others to service.

“All three of us serve at the soup kitchen. It’s great to be there knowing that it’s in our dad’s name,” Anna said.

The girls continue to take part in many opportunities to volunteer through both their church and schools, from Grace’s volunteer service helping to teach younger kids dance, to volunteer work Clare participates in at their local elementary school.

HELPING THOSE WHO NEED IT MOST

By growing up with parents that supported service for those who truly need it, the girls have always understood the importance of volunteer work and the impact it can make in others’ lives.

“Whenever I’m serving, no matter what I’m doing, it always feels nice to know that I’m helping someone,” Clare said. “My passion has always been about helping people who need it most.”

They explained the role that their faith has played in their lives, and the way it has further exposed them to the importance of giving.

“Our church has been so important to us,” Grace said. “Since we have the soup kitchen, we’ve been able to learn how to help. It definitely allows us to take part in so much more service.”

The girls said they feel anyone has the ability to participate in volunteer work, and that it is more about just getting motivated to start and wanting to play your part, no matter how big or small a role.

“Get out there,” Anna said. “If you want to help, all you need to do is ask. There’s always something you can do to help your community.”

Grace added: “Even if it’s just giving someone in need a sandwich, it could make their day and help them when they need it most. It doesn’t really matter the size of your impact but more that you’re doing something.”

The girls explained the way that supporting the causes they believe in at such young ages and always being inspired and motivated to stay involved in their community has brought them along a journey of service that’s benefitted them in countless ways.

“We’ve come to be much more empathetic towards others,” Anna said. “Without the service we’ve done, I don’t think we would really understand the way that people who don’t have as much as us live.”

“Without our dad’s influence, we wouldn’t have felt led to serve the way that we have,” Clare added. “He taught us what we know now by leading us to do a lot in our community. He said to take the opportunity to serve and that it is always better to help people than not.”

To learn more about Alex’s Lemonade Stand Foundation for Childhood Cancer, visit www.AlexsLemonade.org.  For information on the Association of Fundraising Professionals’ Awards and Honors visit www.afpglobal.org.