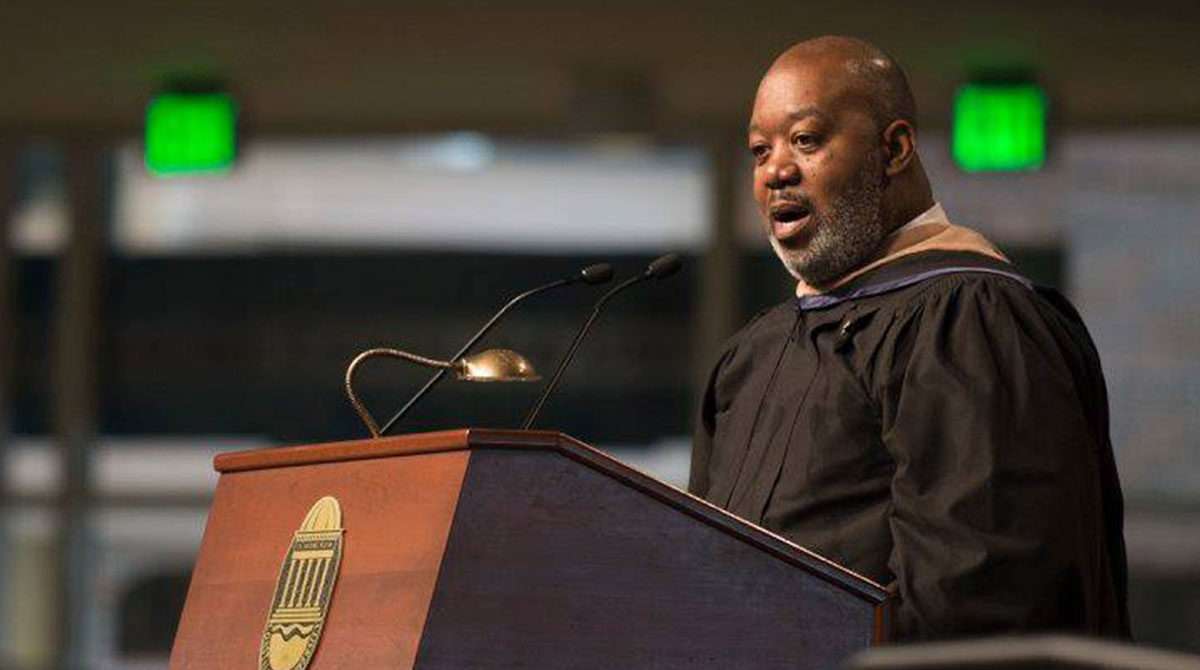 Woody Ford Focuses on Achievement in His Philanthropic Work 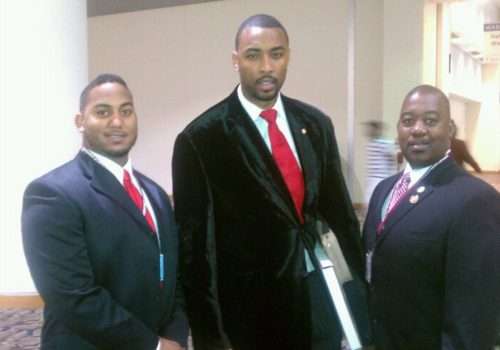 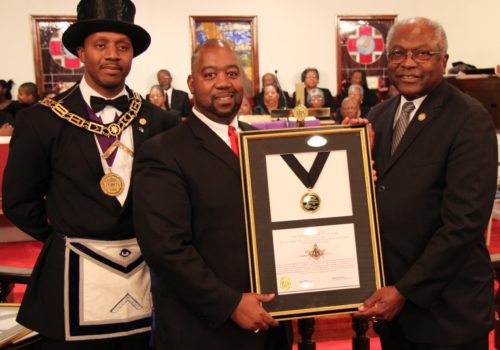 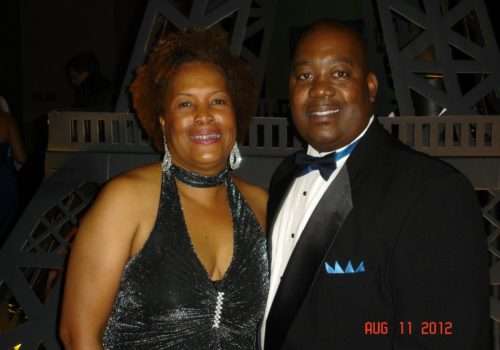 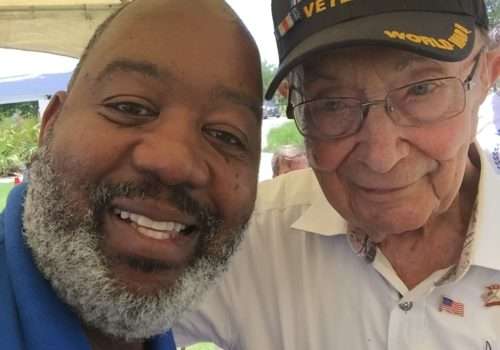 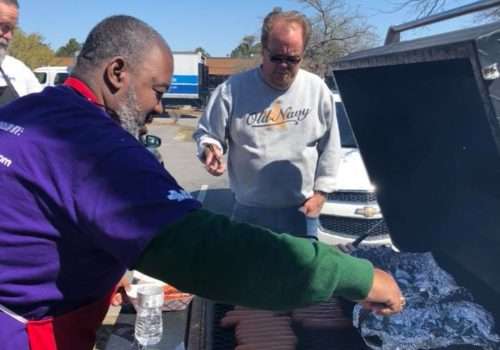 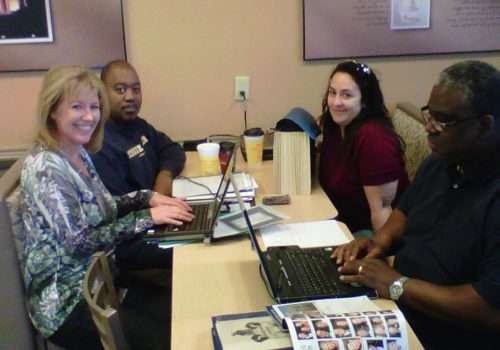 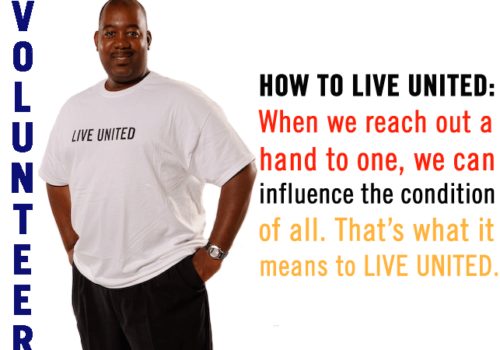 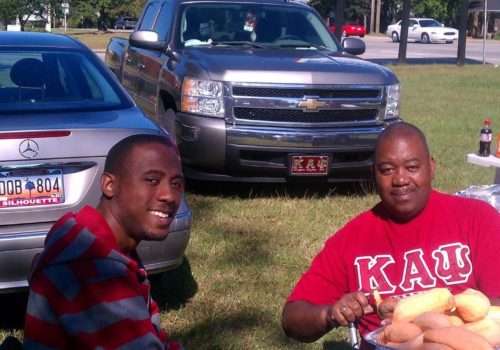 For a quarter of a century, Woody Ford has volunteered with the United Way of Horry County, South Carolina. That sounds like a very long time, but Woody — who has given of his time, talents and financial support to numerous nonprofit efforts — has plenty of time left to help people in need.

“I always say time is like money,” Woody said. “You rarely find it, but you always have to make it. If you have a hobby, you make time. You have to do the same thing with philanthropic work.”

For Woody, who retired in 2019 at age 55 from BlueCross and BlueShield of South Carolina after 34-½ years, working to help agencies that focus on achievement is a continuing and very important part of his life.

“It is always about achievement; achievement in every field of human endeavor, which is the motto of my fraternity, Kappa Alpha Psi Fraternity, Inc.,” he said.

Growing up in a military family taught Woody at a young age how important it is for people to help each other.

“My mother, Rose Ford, was always involved in the community and she kept her children involved,” he said.

No matter where they lived, his mother worked with the recreation and youth centers on base where her seven children used the services. She later retired as Director of Parks & Recreation in Sumter, South Carolina. She also chaired the Salvation Army Boys and Girls Club of Sumter.

“She was always involved and wherever we were, my dad would bring home some soldier for dinner or to take to church that had no other family in the area. We learned to be involved in the community and to take an interest in the welfare of others,” Woody said. “I grew up where people helped each other.”

His dad, Woodrow Ford, Jr., spent 29 years in the Army, and every time his family moved, it was time to make new friends and learn new things. Born in the Panama Canal Zone, Woodrow Ford III (Woody) lived in various places around the country and abroad. One constant in his life, however, was the family connection to Sumter, which was home-base to both his parents. While his dad was deployed three times to Vietnam, his family lived in Sumter where Woody spent much of his elementary and middle school years. However, he graduated in 1982 from high school in Frankfurt, Germany.

Having to adjust to diverse places and cultures gave Woody a different perspective on life in general, he said.

“It instilled in me not to have too many limitations. I try to get involved in a wide variety of things. My wife, Doris, says I have a hard time saying no.”

HONORED TO BE INVOLVED

Woody began his work with the United Way in 1995 as part of his company’s employee drive while in his position as Director of Operations.

“We had a very successful drive at BlueCross and BlueShield of South Carolina and I was invited to join the board of directors of the agency in 1996,” he said. Still active on that board today, he has served several three-year terms, rolling off for the mandatory one year before returning for another term.

His other involvements include his most recent appointments as Vice Chair of Grand Strand Regional Medical Center Board of Trustees and to the board of A Father’s Place in Conway. Other activities include service on the Coastal Carolina University (CCU) Alumni Association; as chairman of Southeastern Province of Kappa Alpha Psi Fraternity Health and Wellness; Bridgewater Academy Public Charter School board; the Long Bay Symphony board and as board chair of the Boys and Girls Club of Conway. He also served on the American Heart Association Heart Ball Committee.

Although he does not seek notoriety for his volunteer work, he has frequently been recognized for it and for his ability to work with others. Comments by agencies he volunteers with include that he “sincerely wants to know how to make the community a better place.” He has been called “caring, affable, funny and inspiring” and an “above and beyond type of guy.”

In 2005, Woody, who earned his BA in Business Management at CCU and later his MBA at Webster University, was named Outstanding Alumnus of the Year for the E. Craig Wall School of Business at CCU. He has put his education to use by joining the teaching staff at Miller-Motte College in Conway where he said he truly enjoys teaching.

In 2015, he was surprised by his selection as the first African-American recipient of the Myrtle Beach Area Chamber of Commerce Citizen of the Year award.

He said he is thankful to his employers through the years, his wife and two children, for the support they have offered him that has allowed him to be so involved in community efforts. Since the birth of his autistic grandchild that he and Doris now raise, he has also taken a serious interest in Autism Spectrum Disorder.

GUIDED BY HIS INTERESTS

Woody said he never entered any aspect of his volunteer work lightly. To those who think they have no time to spare, he advises looking into volunteer work that interests them.

“If you are interested in helping youth, which is a top interest of mine, then get involved with an agency that has that focus. You don’t always have to do it monetarily. There are so many nonprofits looking for volunteers and they would be happy to utilize your talents. Find your interest first and let that guide you.”

Woody said he always challenges people to do their research before volunteering for or donating to any organization.

“Find out what their focus is and where their money goes. Make sure the money actually goes to the programs you are going to be working with and promoting. For me, United Way is one of those agencies that are locally focused to support people and services right here in Horry County.”

Woody said knowing he is spending valuable time helping agencies that truly help others, makes his commitment and hard work well worth his time.